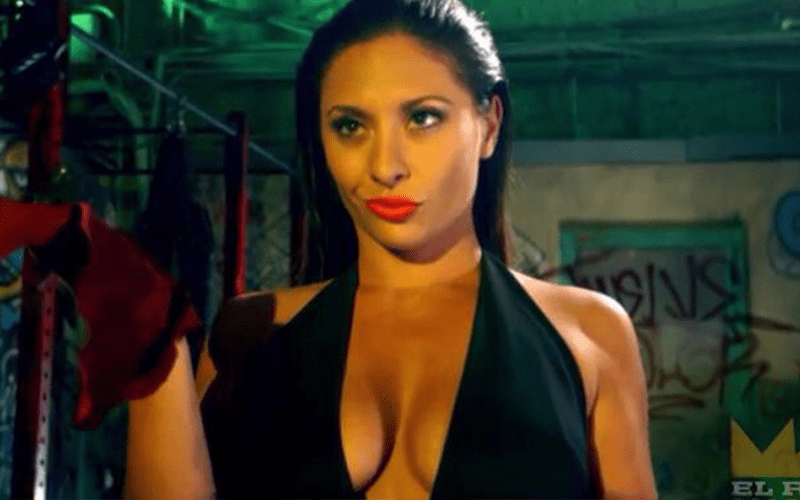 While appearing on The Taz Show, former WWE Diva Maxine (known as Catrina in Lucha Underground) compared WWE’s television production to Lucha Underground and pointed out their flaws in shooting backstage segments.

“[Lucha Underground] is ran like a TV show. It’s such an interesting world, Hollywood, so to say. And I literally stepped full throttle into that side of the business, and seeing how like going from sets from filming television to sets of Lucha [Underground], it’s really, a lot of it is very similar. It’s ran like that, and it’s a team. Like, the posts, what’s happening behind the scenes is if not more important than what’s happening in front. So, we are very dependent on making sure that everybody in backstage is happy and doing their job and making us look good. Because that’s who makes us look good, and it is a very, very important part of the show and business in general in the entertainment world.”

“And it’s not done like that in [the WWE]. They go into a hallway that’s echoing the s**t out of everything. They don’t sound-proof anything. They get one camera, you’re walking down the hallway with one camera. No [lighting], just crap. And it’s been the same forever. They tried to up it when Lucha came, I saw they tried to up everything, but it’s not gonna happen, because it’s not ran like that.”

You can listen to the podcast at this link.