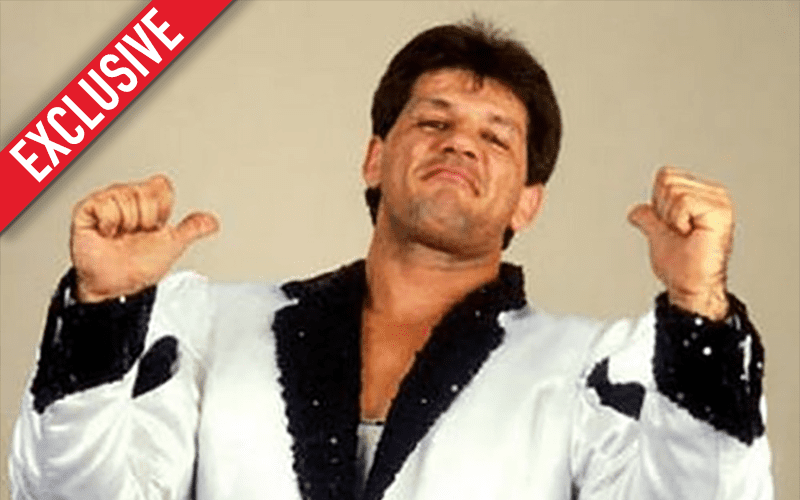 I got the chance to speak exclusively to Dangerous Danny Davis for Ringside News recently. Davis  discussed his career and new autobiography. Below are some highlights:

Davis on fan’s backing his autobiography:

“I learned early on that wrestling fans are the greatest fans of sports and sports entertainment that there ever was, and ever will be. I was a little surprised that after 30 years fans remember me and my career. Without the fans though it would have never worked (referring to his character). I have to give credit to the fans. That’s partially what this books is about giving back to the fans.”

“It’s an inspirational book. It’s not your regular or average wrestling book. I talk about my upbringing, being a street kid, getting into wrestling, going through my career, getting to be on the biggest show in wrestling and being successful at that. It was a dream that I accomplished. Kenny Casanova of WOHA Publications got together and write a book to inspire young children to adults to achieve their dreams, and to not give up.”

“I want this book to get in every young person’s hands so they can learn first hand what it takes to be successful in accomplishing your dreams. The dreams are yours, nobody can take them away from you. You’re the only one who can make them happen.You only fail if you quit. There were many times in my career I felt like walking away, but I didn’t. I stuck with it and became successful. This is what the book is based on and I hope all the wrestling fans get the chance to read it.”

His feelings on wrestling today:

“I don’t think wrestling of today will be talked about in 30-40 years from now like our era (The Golden Era). I feel that in my heart that was the primer time to be in wrestling. We did some great things in that time and brought wrestling into the 21st century.”

How Davis ended up in the WWF:

“I was a young kid and somebody invited me to a wrestling match. It is in the book, and I went to the show. If you’ve ever been to a show you know you’re hooked right away. I got hooked and kept going back. Things took place where soon I was helping set up the rings, began to ref and became Mr. X, and after that I was Dangerous Danny Davis.”

Becoming the first referee in the WWF to have a storyline:

“It just happened. There ere no plans for it to happen.Somebody noticed that my reffing style was different than all the other refs. When your the first to do it, its great. Anyone who tries to do it after it fell apart, or it didn’t work. A lot of tried after me, it just didn’t work for them. Its always best to be the first, and the first is always best. Nobody wanted to be a referee until Danny Davis storyline, then everybody wanted to be a referee hoping to get a break.”

Davis on his run as Dangerous Danny Davis:

“It was a good run for about four or five years. I worked with some of the greats. I learned a lot about the business, I even got over as they say in the business.”

We also discussed other topics such as Danny Davis giving inspirational speeches in schools, his book tour and more.

Fans can pick up a copy of Mr. X – The Life Story Of Dangerous Danny Davis at Dangerousdannydavis.com for only $14.95. Fans can also check out his Facebook page and share your thoughts with Danny about his autobiography.