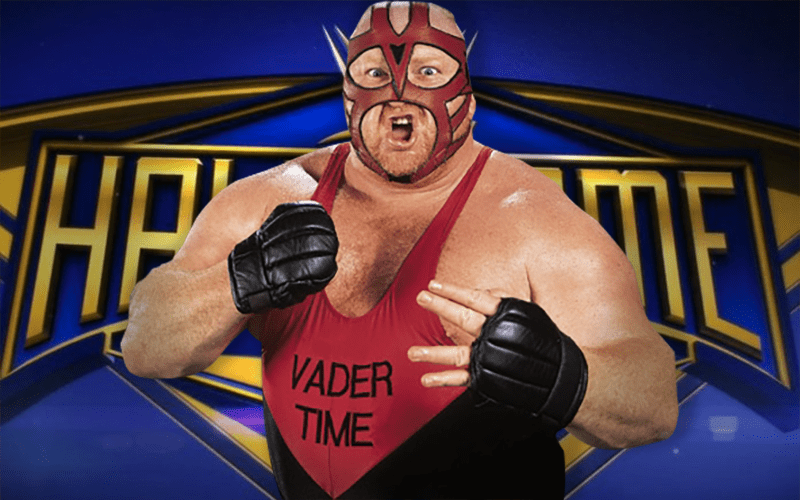 Vader tried to get WWE to induct him into the WWE Hall Of Fame when his heart issues were made known to him. But for some reason, it never happened.

Brian Alvarez commented on Vader’s eventual WWE Hall Of Fame induction during Wrestling Observer Live where he remarked about how awful it is that he never got his time during the ceremony. But he went on to pretty much guarantee that Vader will be a part of next year’s class.

“I would say, I would virtually do a Vince McMahon guarantee that Vader’s going into the WWE Hall Of Fame next year. In fact I bet money on it that he’s going in.”

It might be a little late for Vader at this point, but it will still be great to see him. However, it was also noted that WWE dragging their feet on Vader’s HOF induction could have already rubbed enough people the wrong way.