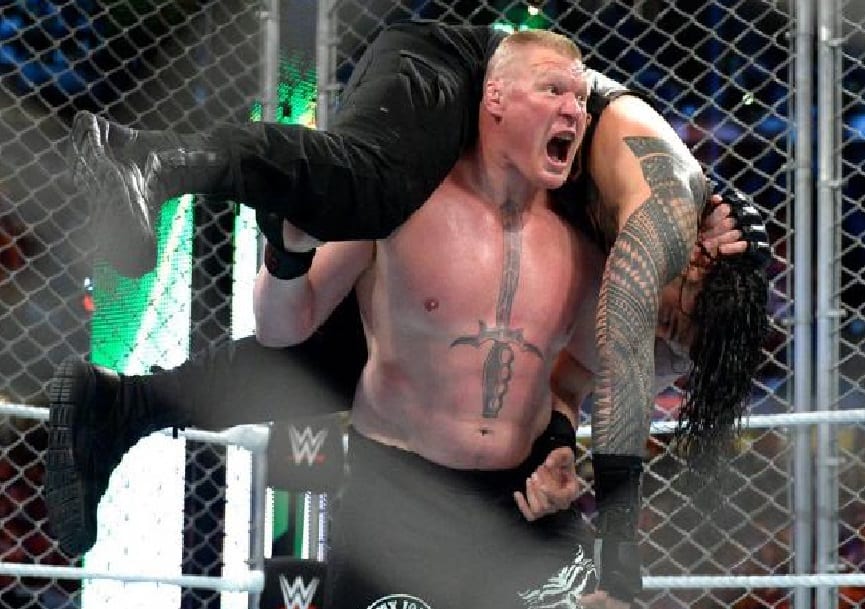 Brock Lesnar’s next match in WWE could be his last for a very long time, if not his last one ever. So he needs to make it count. It looks like we won’t be seeing the longest-running champion in WWE for a while now because he’s not booked for Extreme Rules. Instead, they will just have a match to see who gets to face him next.

Lesnar might be going back to the UFC very soon and if he wants to fight around New Years he needs to re-enter the USADA drug testing pool soon. But it looks like he has at least one more match with WWE in the meantime.

Dave Meltzer discussed Lesnar’s current status during Wrestling Observer Radio where he said they need to book Lesnar soon because they’re simply running out of time before the lose Lesnar to UFC again.

“They’re doing a multiple-person match for a shot at Brock Lesnar presumably at SummerSlam. That’s not definite, definite but it’s got to be pretty much definite at this point because we’re kind of running out of time.”

“Brock doesn’t wrestle on Raw so it’s SummerSlam then.”

It looks like SummerSlam has to be the time for Brock Lesnar to possibly wrestle his last match for WWE. Then again, they could always just swerve us again. But with Braun Strowman carrying around the Money in The Bank briefcase they could have an insurance policy just in case they don’t want to put the strap on Roman Reigns just yet.