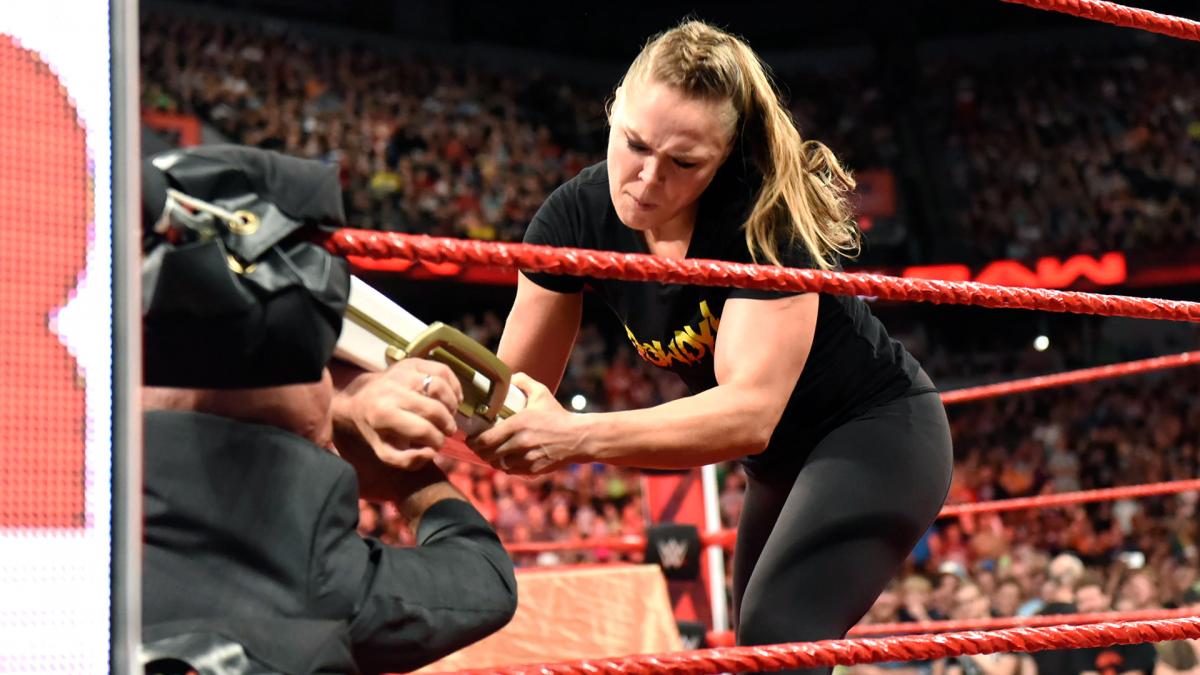 Ronda Rousey lost her mind on Alexa Bliss and Kurt Angle last night on Raw causing her 30-day suspension. But in a very interesting turn of events, it looks like Rousey is going to miss a couple big events with her suspension.

WWE announced Rousey wouldn’t return until Monday Night Raw until Wednesday, July 18. This not only means she’ll miss the Extreme Rules pay-per-view but she’ll also likely miss all other WWE events in the meantime as well. For instance, Rousey is booked for her first-ever match at Madison Square Garden on July 7th so only time will tell how they book this.

There are a couple ways Rousey could still appear at MSG but unless she’s over with her suspension it might be difficult to book her in a match. It was also noted in WWE’s announcement that she was specifically banned from Raw, so maybe a house show would be okay.

Only time will tell, but it looks like we shouldn’t expect to see Ronda Rousey for 30 days because Kurt Angle seemed to really mean it when he suspended her.