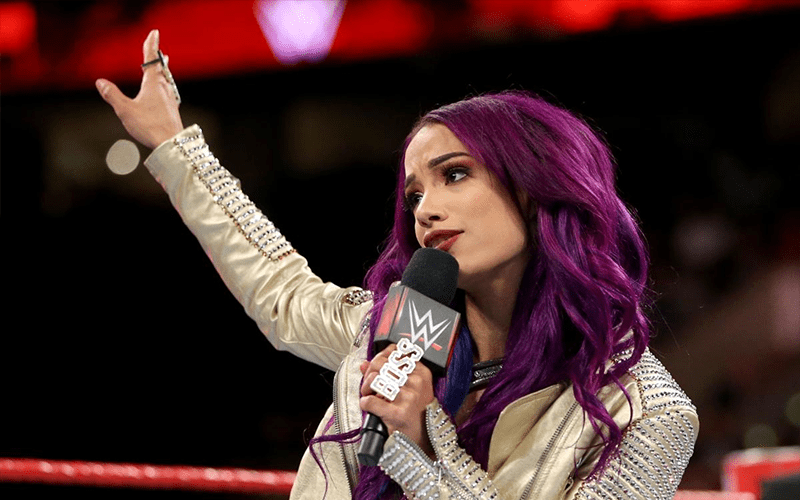 As Rolling Stone reports, The Mountain Goats have now fulfilled a promise they made to RAW Superstar Sasha Banks a few years ago, revealing a tribute to “The Legit Boss” on their Bandcamp page.

The song, titled “Song for Sasha Banks” dates back as far as 2015 when The Mountain Goats released a wrestling concept album titled “Beat the Champ.” Upon seeing the album, Banks tweeted the band, asking for a song of her own.

Lead singer John Darnielle accepted the challenge, noting on his Bandcamp page that he was more of a territories guy, so it would be difficult for him to write the song. At first, he claimed he would have the song done by the end of the tour the band was on, but it realistically took him a little longer than that.

When posting the song, Darnielle had the following to say to accompany the music:

“Last night Sasha Banks wrestled for the Money in the Bank title, and while she didn’t take it home this time, I’ve learned enough about where she came from and how she got to where she is now to say with confidence: The sky is the limit for you. Your walk is just beginning and the day will come when all your setbacks look like steps on a ladder.”

You can listen to the song by clicking the following link.

Do you like the song? Which wrestlers deserve a song written about them? Sound off in the comments below.