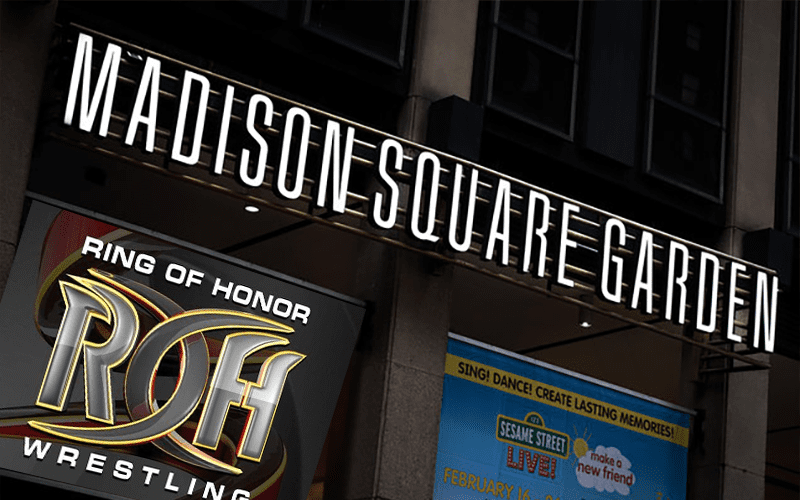 ROH Chief Operating Officer Joe Koff has revealed to PWInsider that his company will no longer be debuting in Madison Square Garden in the fall after the venue reportedly had communications with WWE that led to the Garden backing away from the upcoming promotion.

This all started due to WWE not having any pay-per-views or larger events in the Garden, often using the venue for live events. The reason WWE do this, as has been made clear in the past, is that the Garden charges a very substantial amount to have television broadcast there.

Koff had the following comments to say, confirming discussions between the Garden and WWE, which led to ROH’s exit from the venue:

“You know, I’m going to tell you, Mike, because you are asking. I’m not going to discuss beyond this statement because I am not going to litigate this in the press. We had a deal with [Madison Square] Garden and they then told us they were backing out after communications from the WWE. We are not able to get any other dates in any kind of discussion. I’m expecting that our lawyers will be contacting all the parties involved and the best we can hope is that we can find a resolution, so we can bring the kind of energy and excitement that ROH and our partner New Japan to a bigger audience and to bigger arenas and to the fans of New York City. “

Koff also had the following to say when asked about another booking date in the venue:

“There is no date and the discussion is going to end here on that.”

What are your thoughts after hearing this? Sound off in the comments below.