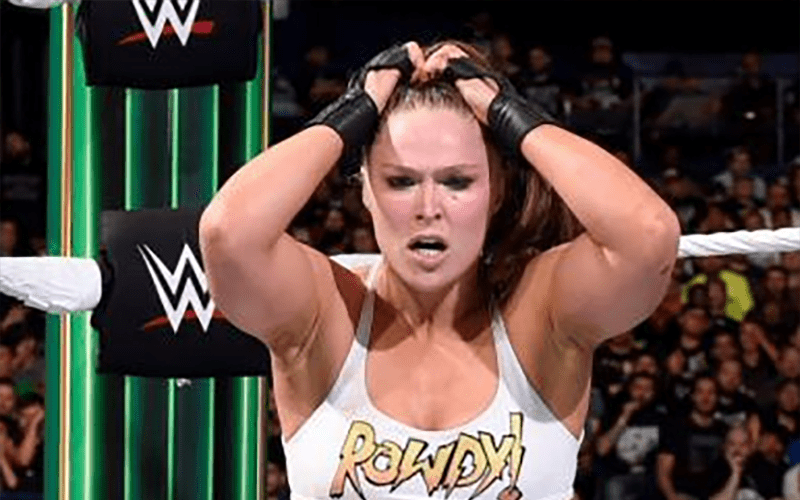 Ronda Rousey wrestled her first singles match live at Money In The Bank last night. She looked to be victorious against Nia Jax before an interference by Mrs. Money In The Bank put an abrupt stop to their bout.

During the show, RAW Superstar Alexa Bliss was victorious in the women’s Money In The Bank match. During the Championship bout between Rousey and Jax, Bliss interfered, hitting both women with the briefcase she had just won two hours earlier to cause the DQ.

Once Rousey was out of the way, Bliss finished off Jax, cashing in the contract to become the new RAW Women’s Champion.

In a post to her Instagram account, Rousey commented on the finish to her match. Clearly furious, the future UFC Hall of Famer told Bliss she will see her on RAW tonight, indicating a potential feud between the two.

“Apparently cheaters DO prosper in the WWE. Not surprising tbh, given their leadership in Stephanie McMahon and Triple H. I don’t know what I was doing expecting a certain degree of honor and fair sport. That was MY mistake. I won’t make it again. You screwed over the wrong woman. See you tonight on RAW.”

Are you excited for a potential Rousey vs. Bliss rivalry? Should Rousey still be in contention for the title? Sound off in the comments below.