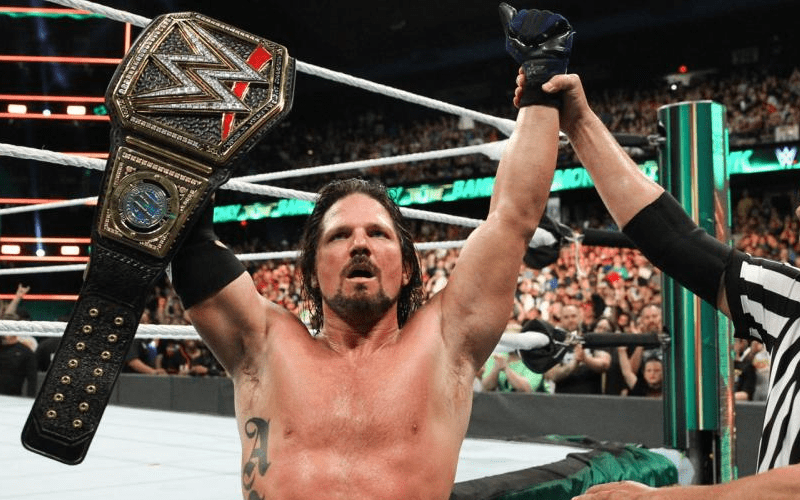 During the latest installment of Wrestling Observer Radio & Wrestling Observer Live, Bryan Alvarez reported that the reason AJ Styles has not dropped the WWE Championship title in his on-going feud with Nakamura has to do with him being on the cover of the WWE 2K19 video game.

“You already turned him heel, he’s awesome as a heel [Nakamura]. Like do it [put the title on him] but they didn’t do it. It turns out that AJ Styles has been confirmed for the cover of WWE 2K19. That explains why he’s the champion. I was told last night.”