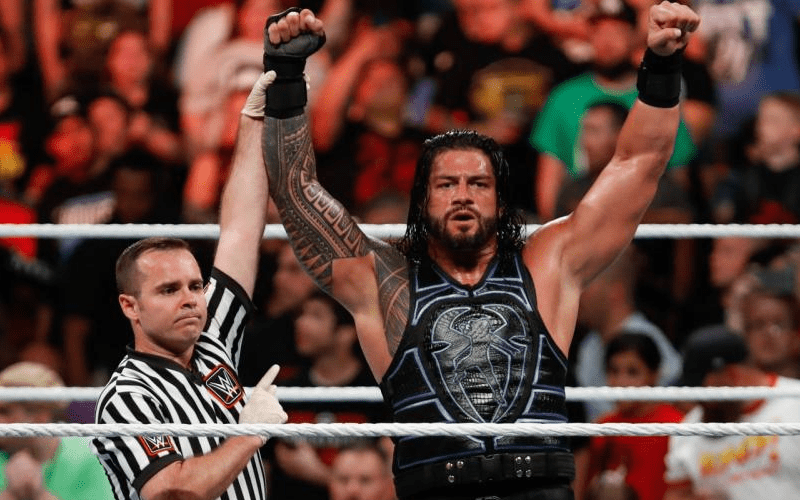 As seen at Sunday’s WWE Money in the Bank event, the Chicago crowd decided to hijack Roman Reigns’ match against Jinder Mahal. Below is a list of phrases that the crowd chanted throughout the entire match.

It’s pretty evident that the Chicago crowd doesn’t like Reigns at all. Every time Jinder hit a move on Roman, they cheered. The only time they cheered for Roman was when the match was over.