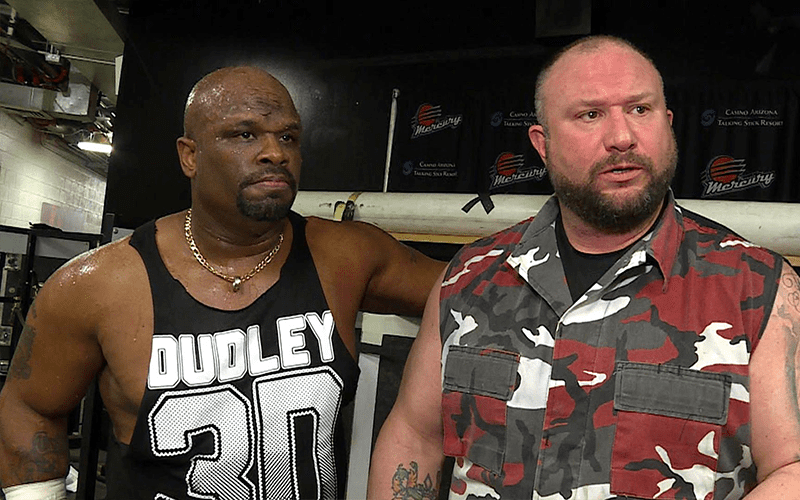 Fans seemed to have taken over the match between Roman Reigns and Jinder Mahal at last night’s Money in the Bank pay-per-view. The audience was very vocal in their rejection of the match between the two Superstars.

A number of people in the business condemned this inappropriate behaviour by the fans in the audience. One of those names was of WWE Hall of Famer Bubba Ray Dudley.

Dudley took to his Twitter account to address this issue about fans taking over the shows with their chants. He labelled these fans as “smarks” and said that back in the day, he and his partner Devon would jump the barricade and beat such people up.

Back in the day, if unruly smarks tried to ruin or “takeover” the show, Devon and I would just jump the rails and beat the shit outta everybody. Problem solved.#MITB @BustedOpenRadio

Would you like to see the Dudley Boys return and beat some “smarks” up? Let us know in the comments below…