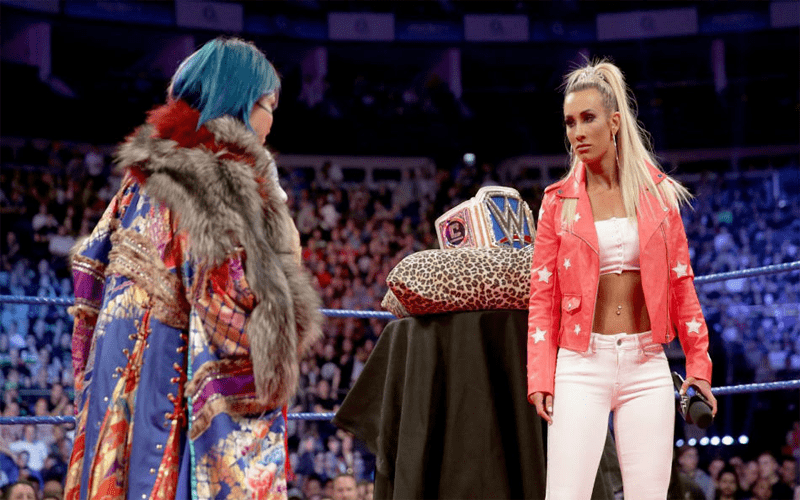 Money In The Bank is just hours away, and it has some big shoes to fill in. NXT TakeOver: Chicago was very well received from the public. Now it is time for the Superstars on the main roster to blow the WWE Universe away.

In what may, to some, be one of the more predictable matches of the night, Carmella is set to defend her SmackDown Women’s Championship against Asuka. Asuka famously only has a few losses in the company to her name. In fact, during the Mixed Match Challenge, Asuka defeated Carmella.

As we previously reported, there is a fair amount of speculation that former WWE Superstar James Ellsworth could return to the company. If this does turn out to be true, it is unknown how long his contract will last, if more than just a singular appearance.

Over the past day or so, there have been a number of rumors suggesting that Ellsworth is definitely returning to help Carmella retain the SmackDown Women’s Championship and get back in her good graces. While rumors can always only be taken with a grain of salt, we recently reported that he’d canceled appearances and was expected to head to Chicago for the show. That adds more legitimacy to this ongoing rumor.

One rumor we haven’t heard via Cageside Seats, but feel is possible, is that Ellsworth makes his return to the company. Rather than helping Carmella, however, Ellsworth will help Asuka capture the Championship as payback.

What do you believe happens tonight? What is your prediction? Sound off in the comments below.