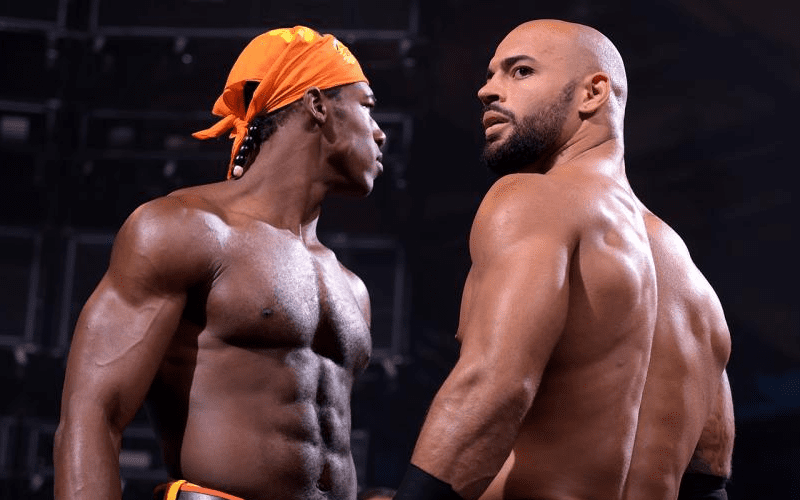 As seen at Sunday’s NXT Takeover: Chicago event, Velveteen Dream face Ricohet in the second bout on the card in a very impressive match that got a lot of positive feedback from just about everyone that tuned in.

While discussing the match on today’s installment of PWInsider Elite Audio, Mike Johnson pointed out that the first minute of the match was the two NXT Superstars paying homage to The Rock vs. Hulk Hogan at WrestleMania 34.

“Rocking the red and yellow ripped shirt, obviously a shout out to Hulk Hogan. I don’t know if you caught this Ricochet puts the hand up when he does the entrance. that’s a takeoff of what The Rock does when he gets on the corner. If you look at the first 30 seconds of that match, when they are looking back-and-forth at the crowd, the way they circled the ring — it’s Rock/Hogan at WrestleMania 18. It’s almost moment for moment that first minute of Hogan vs. Rock at WrestleMania.”