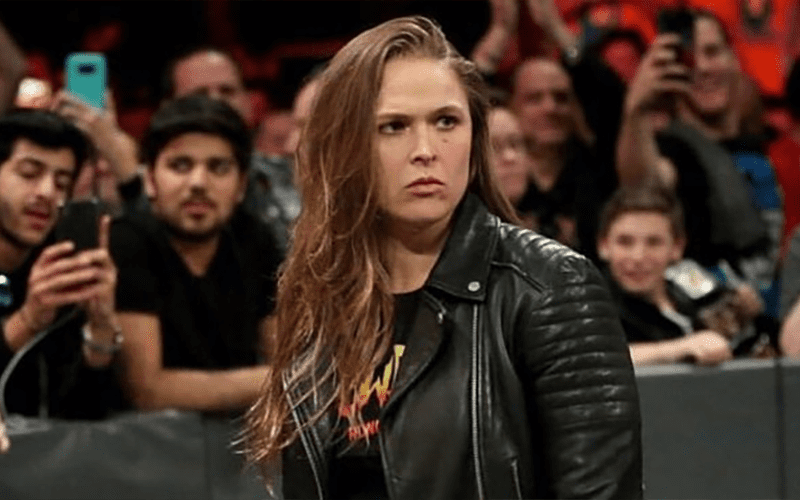 Future UFC Hall of Famer and RAW Superstar Ronda Rousey is scheduled to face Nia Jax tonight at Money In The Bank for the RAW Women’s Championship and there is a good chance at the crowd turning on Ronda.

The Chicago crowd are famous for speaking their mind, much like CM Punk, who came from the same location. NXT TakeOver: Chicago was well received last night in the windy city but that does not mean the main roster will get the same treatment.

Rousey debuted at the Royal Rumble earlier this year, following the first-ever women’s Royal Rumble match, which Asuka won. Soon after, Rousey would make her in-ring debut as she teamed alongside Kurt Angle against Triple H and Stephanie McMahon.

At this time, the result of tonight’s RAW Women’s Championship match is being kept secret, with no leaks coming out confirming whether Jax will go on to retain her Championship or fall to the powerhouse that is Rousey.

During the TakeOver special last night, WWE played a number of promos showcasing the Money In The Bank pay-per-view. Each time that Rousey appeared on screen, there was reportedly a chorus of boos echoing out of the arena. This isn’t good news for WWE, as they are attempting to build Rousey as a top babyface.

As mentioned above, the Chicago crowd are well known for their reactions. It may seem that they will have negative reactions toward Rousey due to her only having one match before earning the title shot against Jax.

Check out some tweets we have compiled from those in attendance last night at TakeOver to showcase some of their reactions to the boos Rousey was getting.

@iamjondraper Was at Take Over Chicago, Fun night overall. Some notes: People booed whenever Ronda Rousey was shown on screen for MITB promos. Don't be surprised if shes booed tomorrow. Crowd was zapped after Dream and Ricochet match

It remains to be seen whether Rousey generates the same sort of reaction tonight, but with all this coming to light, we think there will, at the very least, be a mixed reaction for the “baddest woman on the planet” as she looks to take down the “Irresistible force” in Jax.

What is your prediction for tonight? Do you feel she will get booed? Sound off in the comments below.