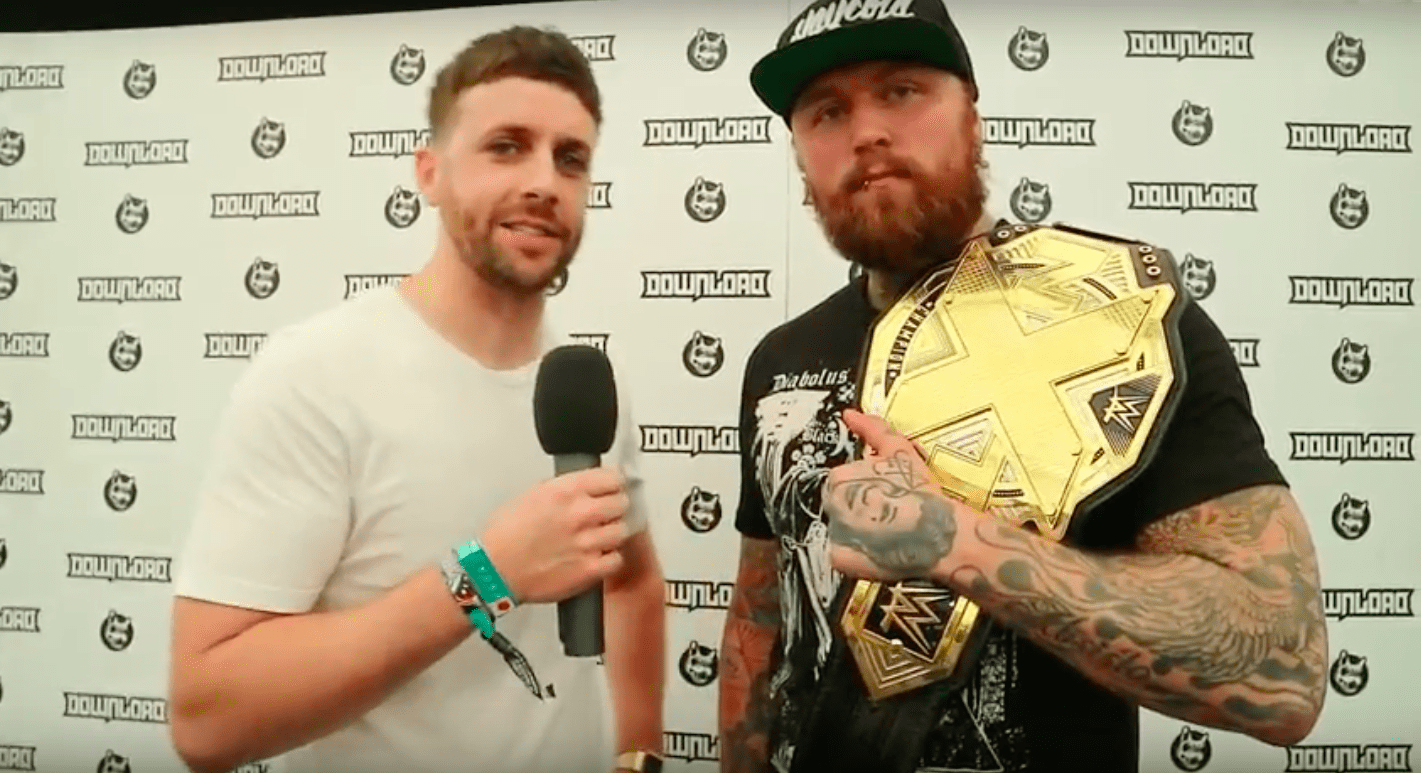 The Voodoo ass-kicker has been running rampant in NXT for well over a year now, and his surge to the top of the yellow and black promotion now culminates with a run as heavyweight champion. Black caught up with Iain Chambers at the UK Download festival last week, and talked about how the NXT title’s lineage adds a heavy layer of responsibility that no other belt has.

It’s definitely a lot of pressure because the people who have held this belt, you look at Shinsuke Nakamura, Bobby Roode, Finn Balor, Samoa Joe and even traveling back to Seth Rollins and Big E, the heritage that this belt has is endless. And it’s heavy, so I have a big responsibility to do right by this belt and do right by NXT.

Black would go on to talk about WWE as a whole, and how he never foresaw himself ending up working for them.

Was I a fan of WWE? Yeah, of course, but I knew it was not going to be a thing for me, until NXT came to the foreground and a lot of my friends who I was competing against on the independent scene were getting signed. And I was like, ‘Wait a minute? Something’s changed.’ The landscape of professional wrestling really changed when NXT was brought in.