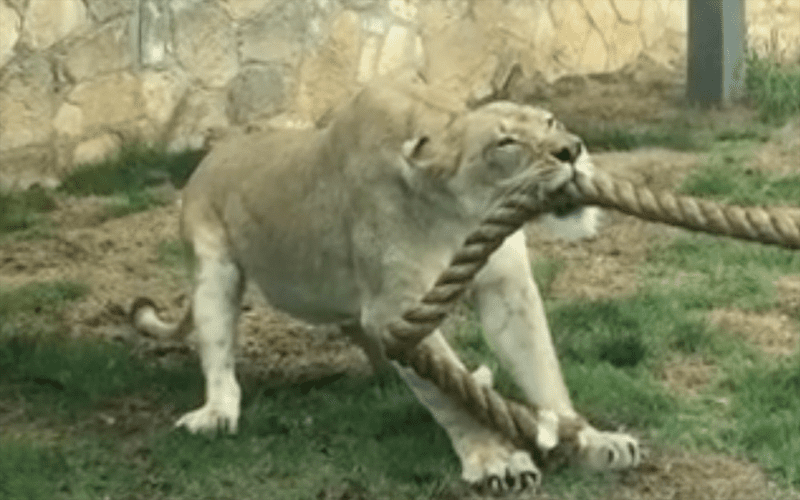 WWE Superstars have the honor of traveling around the world. In the process, they visit a plethora of different places. While in San Antonio, Texas, three NXT Superstars had the opportunity to take on a lion cub in a game of tug-of-war.

NXT Superstars Fabian Aichner, Ricochet and Killian Dain- who is on his way to SmackDown Live alongside SAnitY all decided to take part in the game against the feline on the other side of the exhibit’s cage.

With a crowd watching, the three Superstars gave it everything they had as they attempted to pry the rope outside the mouth of the lion cub and out of the cage.

Unfortunately for the Superstars, they were unsuccessful, barely fazing the majestic lion cub.

WWE has also shared the video on their own website.