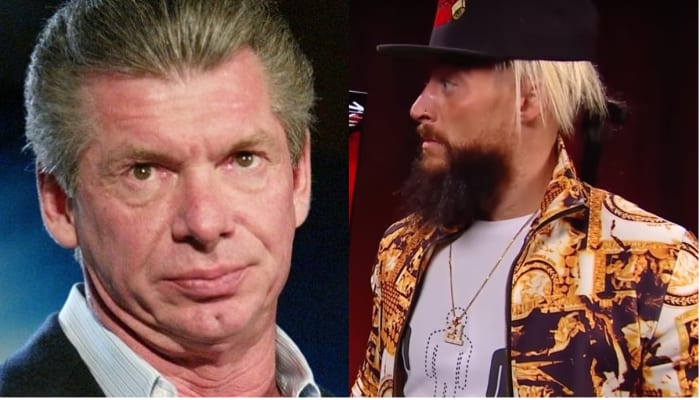 Enzo Amore’s charismatic wordplay and microphone work shot him straight to the top of the WWE’s merchandise charts in no time. But one of Enzo’s popular sayings was lost on Vince McMahon.

Amore sat down with the Store Horseman podcast where he went into a little detail about how McMahon just didn’t understand Enzo’s “0 Dimes” catchphrase even though it found its way on a number of pieces of merchandise by the time Amore’s time in WWE was over.

“As a writer, you got to understand why people were maybe mad to work with or say I was difficult to work with. If a writer has a job to work with you and you get to work on Monday I re-write the whole f*cking promo. So they would give me my bullet points and I would re-write my whole promos you know what I’m saying?”

“Sometimes I could and could not, for instance ‘zero dimes’ you remember that thing? Vince didn’t get it. So I used in NXT a bunch when I got to the main roster, Vince was like, ‘what’s that mean? So he doesn’t get but we’re making money off merchandise with it.”

It looks like Vince McMahon might not really understand everything that’s going on during his television show but he certainly understood the idea of what money looks like. Enzo Amore and Big Cass sold a lot of merchandise during their time in WWE and McMahon had no problem with that.