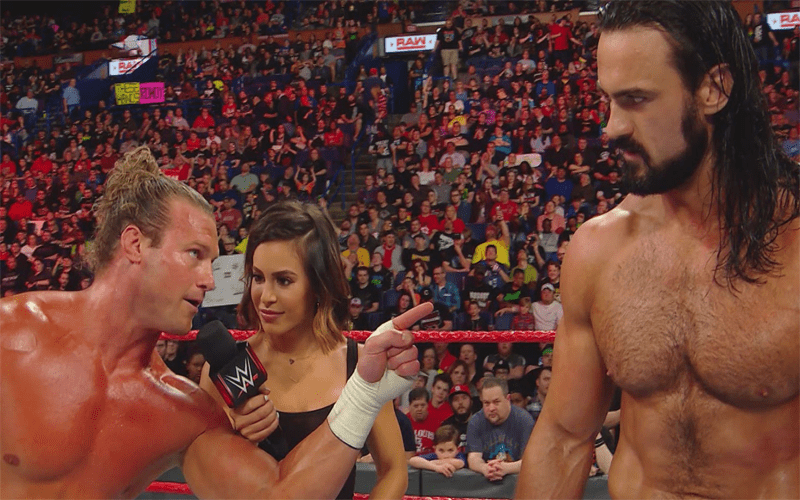 RAW Superstar Drew McIntyre was a guest on The Ross Report with WWE Hall of Famer Jim Ross. During the podcast, McIntyre confirmed when he found out he would be teaming with Dolph Ziggler.

According to McIntyre, he found out he would be working alongside Ziggler on the first day he was called up, after making his way to the arena for TV. While he was unsure at first due to his time in NXT, he loved the decision.

“I love it. I got told about it when I had got to TV that day. I didn’t quite know what was going on. I was a singles babyface when I was NXT Champion. When I came back, I was leaning more towards the heel side with Dolph, and Dolph’s somebody I go way back with. I was really looking forward to working with him.”

In addition to this, McIntyre noted that he would like to face Roman Reigns, Seth Rollins, and Braun Strowman in the future. As we know, McIntyre and Strowman faced off in the past, but the RAW Superstar would like a more prominent match with ‘The Monster Among Men.’

“When Braun Strowman and I stepped into the ring together, I could literally feel the crowd rumble. I’m just back and I still have some equity to build with those casual fans, but from a visual perspective, I could feel them rumbling. I was like ‘wow, this could be something really good down the line.’ And Roman, he works his butt off. That’s another guy I’m looking forward to getting in the ring with. Seth Rollins is killing it every week. When we get the opportunity we’re gonna tear the roof off. And that’s just a few obvious names of guys that are working their butt off and I’m looking forward to working with.”

(If you use any of the above news, please H/T to Ringside News.)