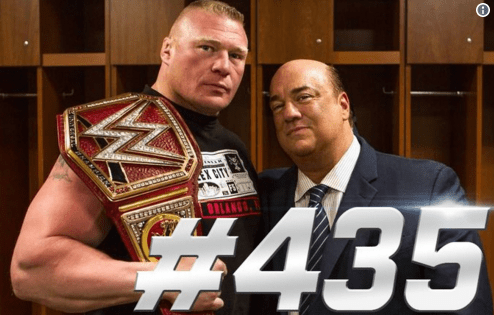 The Beast Incarnate passed the 434 day mark with the Universal Championship, marking him as the longest reigning champion in the modern era since CM Punk’s MUCH BETTER run from 2011-2013.

Now, WWE.COM has not only congratulated the Conqueror, but implying (via kayfabe) that his title run doesn’t seem to be in the slightest bit of jeopardy.

Brock Lesnar’s long list of WWE accomplishments has now grown by one: The Beast Incarnate has officially notched the longest World Championship reign of the modern era.

That Lesnar has powered his way into the history books is impressive in and of itself, but given that no challengers have yet to emerge for The Conqueror’s throne, the most awe-inspiring aspect of his reign isn’t that it has lasted this long, but that it seems unlikely to end anytime soon.