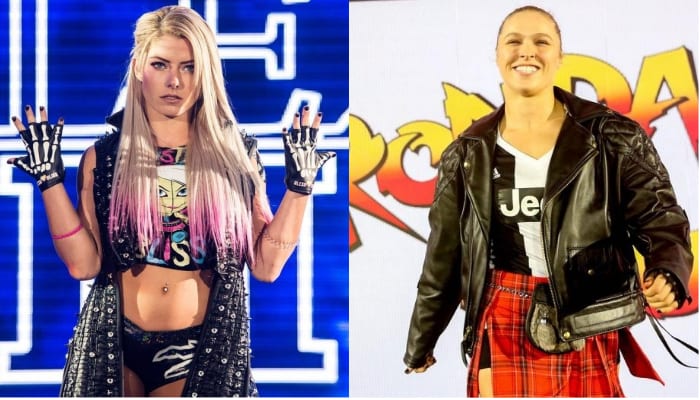 Alexa Bliss has faced plenty of challenges in her career but Ronda Rousey might be in a different league.

But as Bliss spoke at the WWE For Your Consideration event, she was asked if she had a secret weapon against Rousey in the form of her double-jointed capabilities.

“I think it might you know I don’t want to test that theory just yet but who knows? It might. Because everybody has that breaking point mine is just a little further. So let’s just hope fingers crossed.”

Only time will tell if Bliss really has an upper hand on Rousey, but Alexa isn’t in any rush to find out.