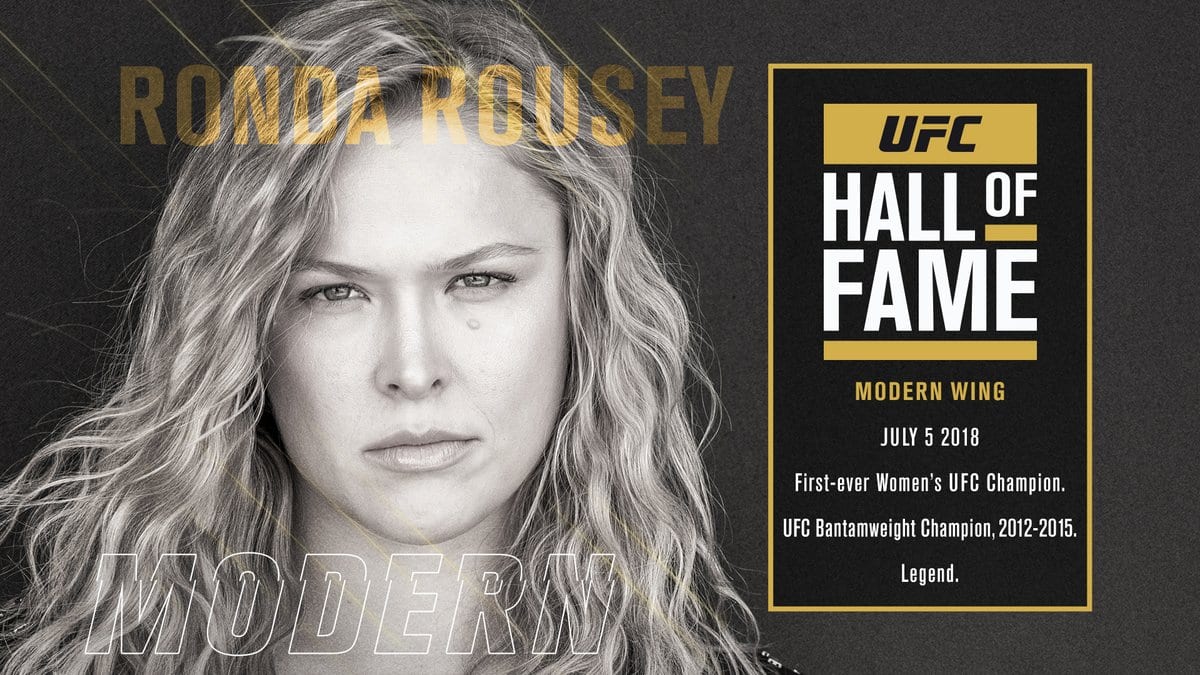 UFC announced at tonight’s UFC 225 event that Ronda Rousey will be the first female ever to be inducted into the UFC Hall of Fame. She will be inducted on July 5th.