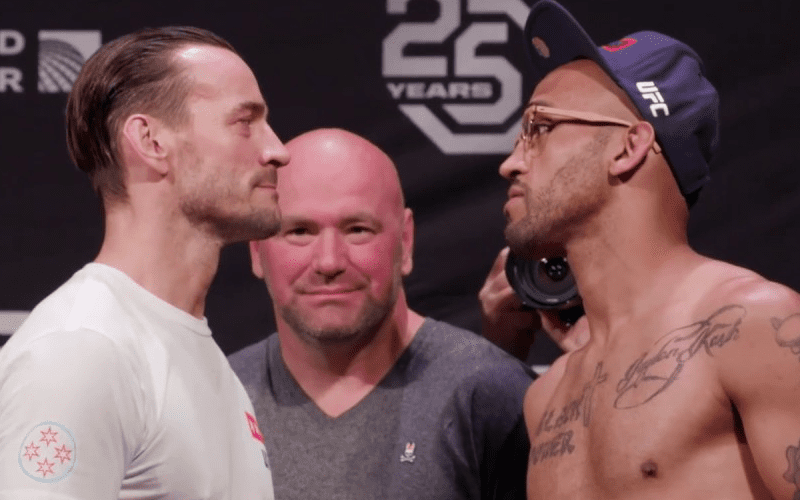 As previously reported, CM Punk is scheduled to facet Mike Jackson at tonight’s UFC 225 event in Punk’s hometown of Chicago at the United Center.

Punk’s fight is actually scheduled to open tonight’s event. This will be his second UFC fight ever. Punk last fought back in September 2016, losing via submission to Mickey Gall at 2:14 in the first round at UFC 203.

Punk weighed in yesterday at 196 lbs and is fighting in the UFC Welterweight division.

There has been a large amount of local publicity for the event as it has been built around Punk.

Check back here later tonight for the end result coming out of the fight.