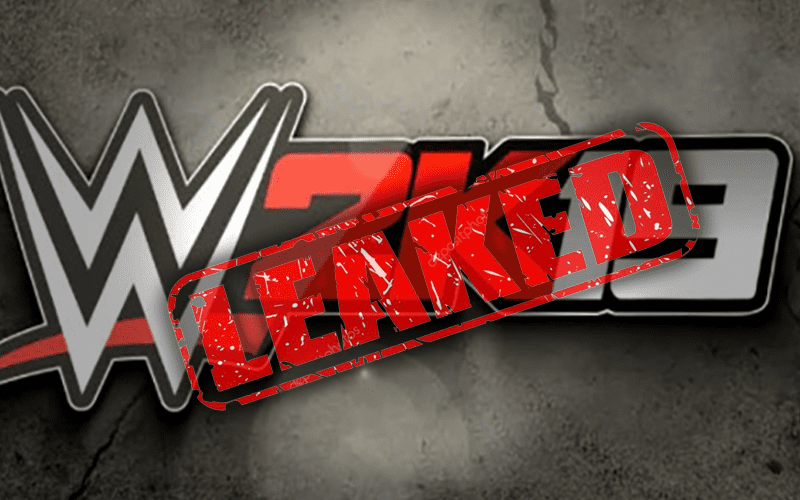 A Twitter account with the handle @WWE2KInside may have some insider knowledge on the future of the WWE 2K games franchise ahead of the WWE 2K19 reveal. This account has been leaking potential information on the game, including when the game is scheduled to be revealed.

What are these supposed leaks?

The Twitter account only recently started posting throughout the past few days, gradually compiling a list of eleven tweets so far on the potential 2K19 news. The insider cites this news from an anonymous source. Here is what they had to say:

In the first tweet on the account, the insider confirms a return of GM Mode, which features RAW, SmackDown, NXT & 205 Live, with an official announcement made by 2K Games during E3 in the coming days.

In the next tweet, the insider claims that the special edition of the game will feature an exclusive Piper’s Pit interview mode for MyCareer, Universe Mode, and the returning GM Mode. Ronda Rousey and Roddy Piper are also cited as exclusive Superstars to the edition.

For fans of the creation suite, the insider notes that there will be a new creation mode that has never been in the series before.

The Hall of Fame Showcase DLC will reportedly return again. Matches like Goldberg vs. DDP, Jeff Jarrett vs. Shawn Michaels, Jeff Jarrett vs. Road Dogg, the first ever TLC match and others are set to take place. This would also confirm a number of Superstars for the roster and possible new game features, too.

There will reportedly be a number of talk show segments such as Miz TV and Chris Jericho’s Highlight Reel in addition to the Piper’s Pit segment exclusive to the special edition. In addition, the insider claims that managers and valets such as Paul Heyman, Zelina Vega, and Lana will all play larger roles in these games than in past releases.

The Create A Superstar (CAS) mode will supposedly introduce a similar feature to the EA Game Face as an alternative to the existing face photo option.

The entire roster from RAW, SmackDown Live, NXT and 205 Live will reportedly be featured on the game either in the base edition, a special edition or as DLC.

Finally, every legend from 2K18 will reportedly be returning for 2K19 alongside additional legends. These other legends are a combination of stars shown in past games and others that have yet to debut in the video game series.

How believable are these leaks?

A lot of the information the leaker included is to be expected in these games. The biggest factor leading against it is the claim that there will be every NXT and 205 Live Superstar featured, as that would be a massive jump in characters.

With that said, there was recently a leak on Amazon that featured WWE 2K19 available for pre-order (coverless) for PlayStation 4 and Xbox One alongside other supposed leaked E3 games.

Additionally, PWInsider noted that SmackDown Live Superstars The New Day will be in attendance at E3 over the next week for coverage. This leads to the possibility that WWE and 2K Games could reveal the game.

It is also worth noting based on that, that Xavier Woods obviously has his UpUpDownDown YouTube channel. With that said, there doesn’t really appear to be a reason for Kofi Kingston or Big E being there, unless it is for a larger reason.

Do you believe these rumors to be truthful, or are you skeptical on their legitimacy?