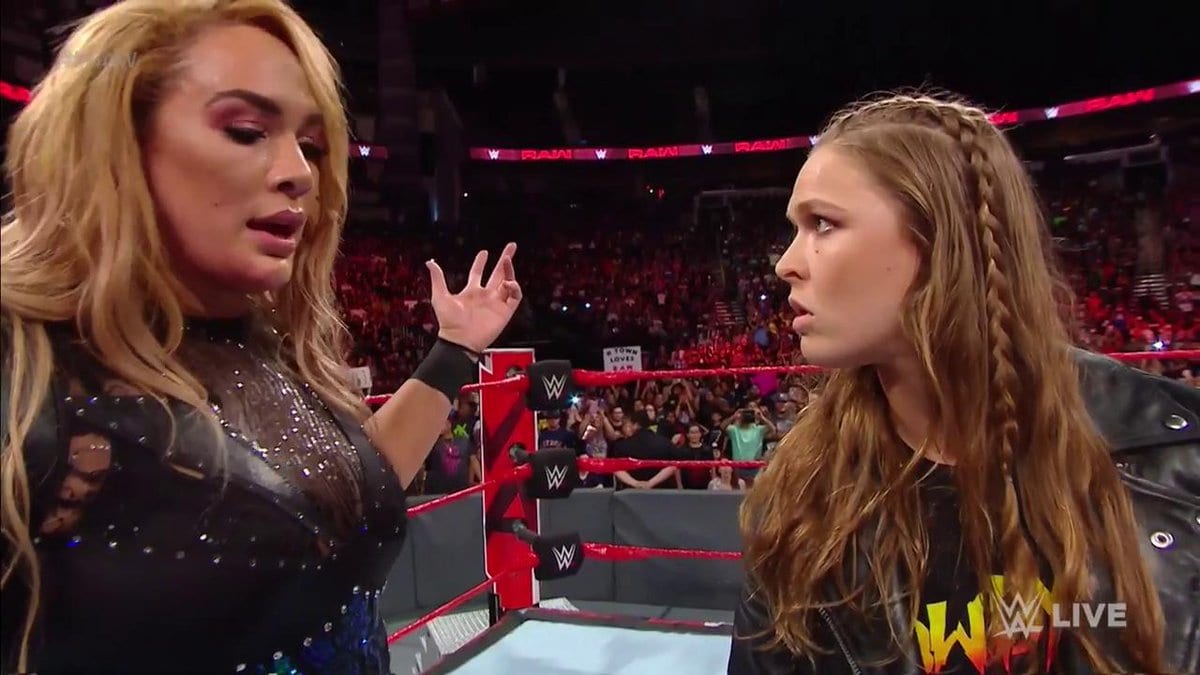 Ronda Rousey is set to challenge Nia Jax at Money In The Bank for the Raw Women’s Title but this week she got to sit on commentary again and watch a match. During the contest she observed, Natalya hurt her knee and Nia Jax landed a Samoan Drop to win the match.

Bryan Alvarez noted on Wrestling Observer Radio how this spot could have been the start of something more for both Rousey and Natalya. Then again it might have just been bad writing too but only time will tell.

“Ronda’s doing commentary and maybe this is what was supposed to happen but her longtime friend Nattie is running the ropes, she blows out her knee, she falls down, she can’t move and then Nia picks her up and kills her and I swear Ronda’s response on commentary was: ‘huh.'”

“That’s it, that’s her reaction to her friend blowing out her knee and getting killed. I mean she couldn’t have expressed possibly less interest of what had happened in front of her. So maybe I guess it could be she sucks at commentary or that’s Nattie’s cue to turn on her, ‘you didn’t care one bit when I blew out my knee,’ I don’t know.”

It looks like the seeds could have been planted this week for something later. But it was also noted how maybe WWE didn’t have a plan and they just wrote a bad segment this week without any long-term booking in mind.