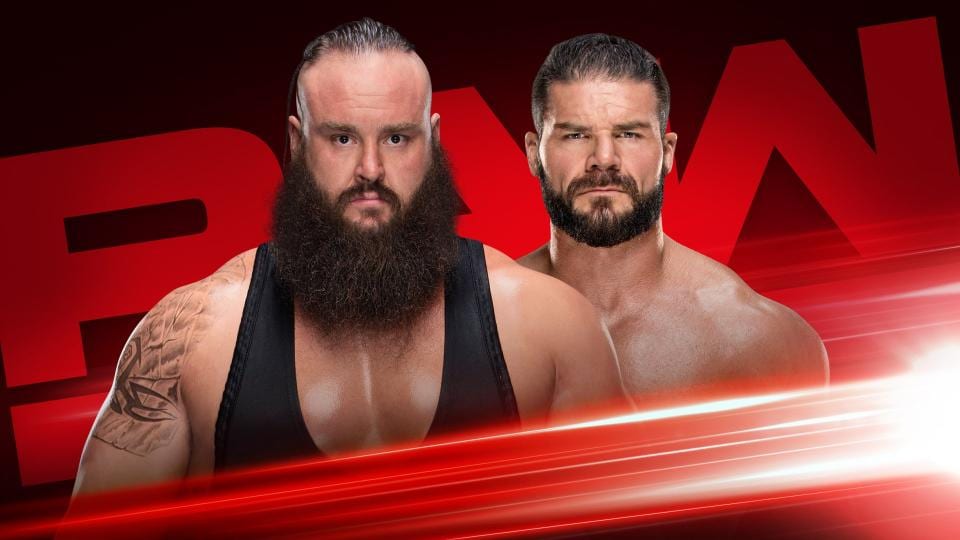 Welcome To Monday Night Raw, a week away from the 2018 Money In The Bank PPV!

It’s a new week and a new episode of Monday Night Raw. I think it’s fair to say that the past few weeks of Raw has been lacklustre…to say the least. I think it feels like there is no heavyweight scene right now, so we’re stuck with three hours of mid-card and less. More than a year with a part-time Champion has truly hurt Raw and the belt in my opinion, and I think the novelty of Brock having it has worn off. Raw really needs the title so that feuds actually matter and it feels like there is a ladder to climb, not just a pool of Intercontinental title contenders. And with that in mind, tonight will give us one more night of Money In The Bank ladder match hype and momentum building; with Finn Balor facing Kevin Owens and Braun Strowman facing Bobby Roode.

Also on tonight’s show, Nia Jax will face Natalya. Jax has quickly devolved into the bully heel that Alexa Bliss said she was a few weeks ago, and she has been doing-so to Ronda Rousey. Natalya, a friend of Rousey, stepped-up and is ready to defend her friends honour. The two will face-off tonight but I don’t think Natalya stands much of a chance, while Ronda may be in Nattie’s corner.

Elsewhere on tonight’s show, we’re still in need of title contenders to The Deleter’s of Worlds, Bayley and Sasha continue their slow-burn feud, and will Roman Reigns return? All that and (hopefully) more on tonight’s Raw. Let us know what you’re excited to see by downloading the Ringside Talk app, and enjoy the show!

News Tip
wpDiscuz
170
0
Would love your thoughts, please comment.x
()
x
| Reply
You are going to send email to
Move Comment