Edge and Christian are asked to give their opinions on Drew McIntyre. Christian loves him personally and professionally, noting that he’s a great dude who loves the business. He thinks WWE had McIntyre penned as a top guy during his first run, but McIntyre didn’t really understand how to be that back then. McIntyre left and was able to find himself, and now Christian thinks he’s going to be one of the top guys for a long time to come. 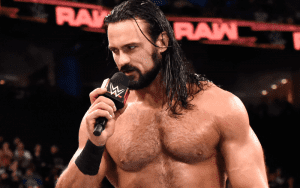 Edge has never been a fan of labeling someone, “the face of WWE” but that’s something that people love to talk about. McIntyre looks like a stone-cold killer right now, and he seems to have matured physically and mentally. He’s showing confidence in the ring and on the mic and seems to have it all right now. Edge thinks McIntyre is shaping up to be someone that the company can go to in the months and years to come.

That sums up today’s episode of E&C’s Pod of Awesomeness. You can listen to the show yourself anytime here, and I’ll catch ya next week for another recap!