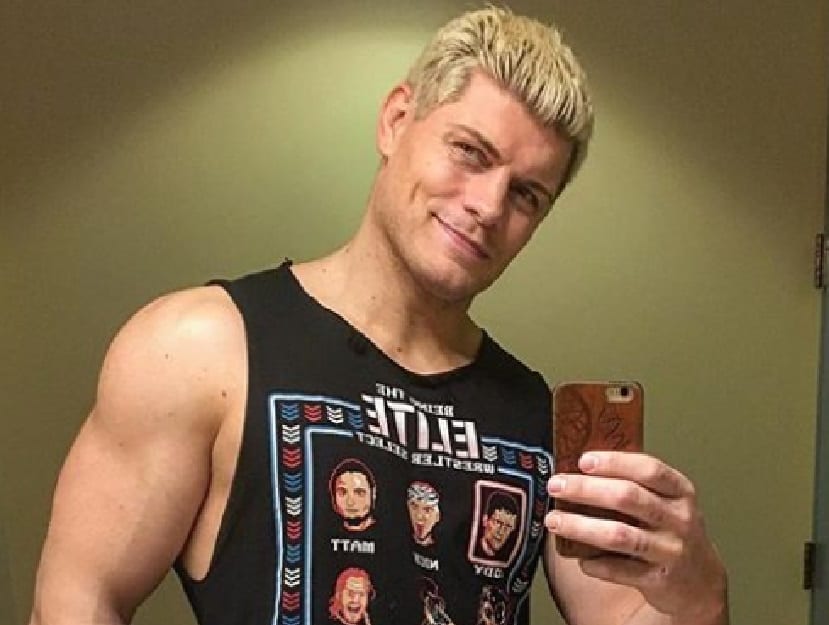 Cody Rhodes isn’t someone you really want to try and match wits with. Phil Baroni recently replied to a tweet from the NWA featuring Cody where he said: “Cody Rhodes sucks! Couldn’t find anyone more legit than that?”

Phil Baroni is a former MMA fighter who has fought for a lot of major companies all over the place. In 2014 he announced that he wanted to become a pro wrestler and after being trained at D Lo Brown’s school, he hasn’t done anything really notable except for one match with New Jack at Pro Wrestling Syndicate Super Card 2016.

Cody didn’t appreciate being told that he sucked so he had an amazing and well thought out reply. We have to give the point to Rhodes on this one.

You're so sweet Phil. Your like 5yr long MMA to wrestling transition isn't working huh?

A) stop calling George Carrol. He's too afraid to tell you that njpw isn't interested. Nobody is interested.

B) I don't do online angles ya' fly by night human hatrack. Get the fuck out. https://t.co/jSiXqC7fNc