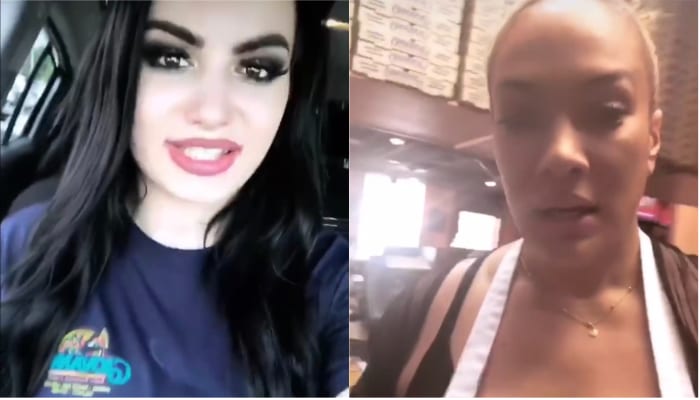 It looks like Paige and Nia Jax were recently filming for Total Divas and apparently they wanted to try out a different profession.

You can see a few WWE crew member around meaning they’re likely filming for Total Divas, but you never know where WWE could use this footage in another place.

Both Nia and Paige documented their employment at a Giovanni’s Pizza restaurant and it looks like they had a good enough time working in someone else’s shoes. But it might still make for an entertaining segment on Total Divas or whatever television show they were filming at the time.

At least they got to keep their shirts.