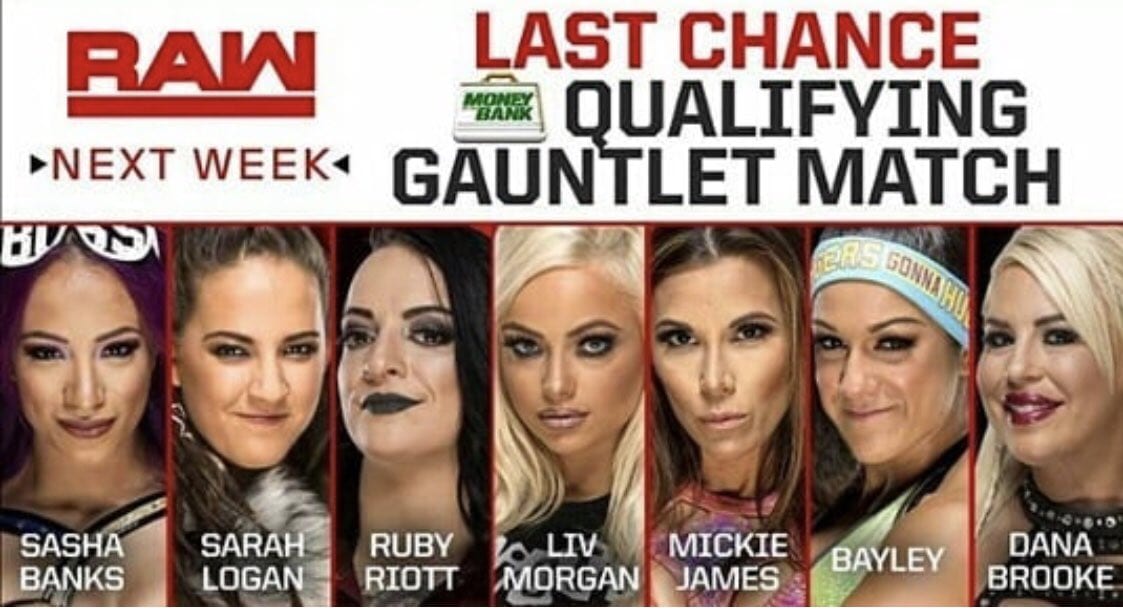 LIv Morgan is in the last chance women’s gauntlet match on Raw next week to determine who will be getting the final spot in the women’s Money In The Bank match.

She is actually in there with 6 other women but if you ask Liv it’s all about her. She recently posted an image of what her ideal booking situation looks like for the upcoming match where Morgan is taking up every slot.

Although it would be interesting to watch Liv Morgan wrestle herself six times in a row, it looks like Sasha Banks, Mickie James, Bayley, Dana Brooke, and the rest of the Riott Squad might have something to say about it.

It’s the only option. 🤷🏼‍♀️…. The only thing I fear is myself. Last chance. pic.twitter.com/jWUtEFVLtB