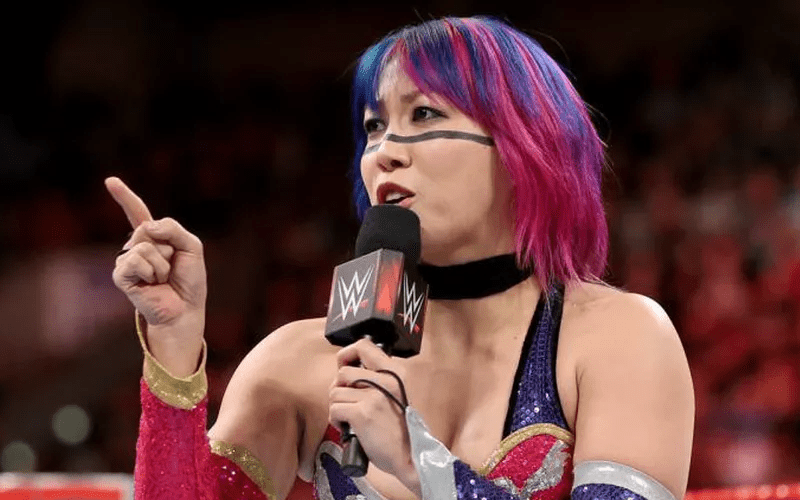 Chris Jericho’s recent promo in New Japan was filled with the F-Word as he continued to tell Naito how he was going to ruin his day at the Dominion show. You can check it out here if you haven’t already seen it in all of its uncensored glory.

But this begs the question of how Y2J could get away with saying this in NJPW.

One fan asked Dave Meltzer this question and his reply was simple: he’s speaking a different language than what Japanese audiences speak. Obviously, AXS TV has no problem with F-Bombs either so there is no issue.

Meltzer also noted something very interested when it comes to Asuka too because she could essentially be saying anything she wants to as well because we’d never know it.

Of course, if she were to go on a profanity-filled promo I’m sure someone who knows Japanese would alert the Internet Wrestling Community but as a whole, who knows what she’s gotten away with saying as well?

So if you’re fluent in Japanese and would like to shoot us a DM if you catch Asuka saying anything non-TV-PG we’d appreciate it.

The F word is English. If somebody from Japan swore in his promo like Asuka in Japanese, we'd never know it. https://t.co/6qL49fldnD