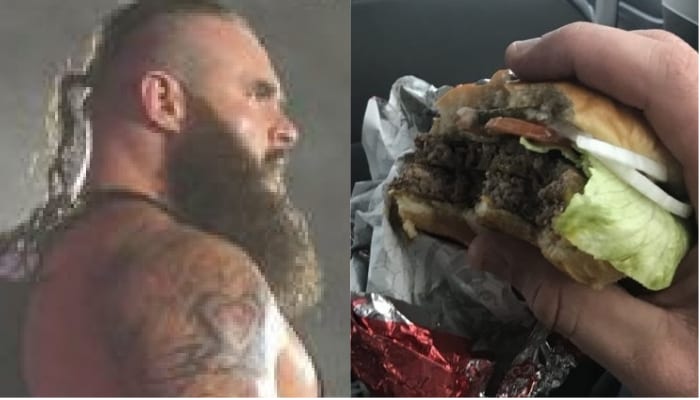 The Raw roster is back in the USA and gearing up for Raw in Albany tomorrow night. Braun Strowman was obviously happy to be home but you can’t really complain much about touring the world and entertaining where ever you go.

But Braun Strowman missed the United States, more importantly, he missed having a Wendy’s around. While using the “Monster Among Burgers” hashtag he said it was Wendy’s who came through with the win.

With the adrenaline from the two-week European still in his veins, who knows if Braun Strowman could come in with guns blazing as he heads toward Money In The Bank with the intention of his hands getting a briefcase?

You’re gonna get these hamburgers! https://t.co/itsYbjdRRC