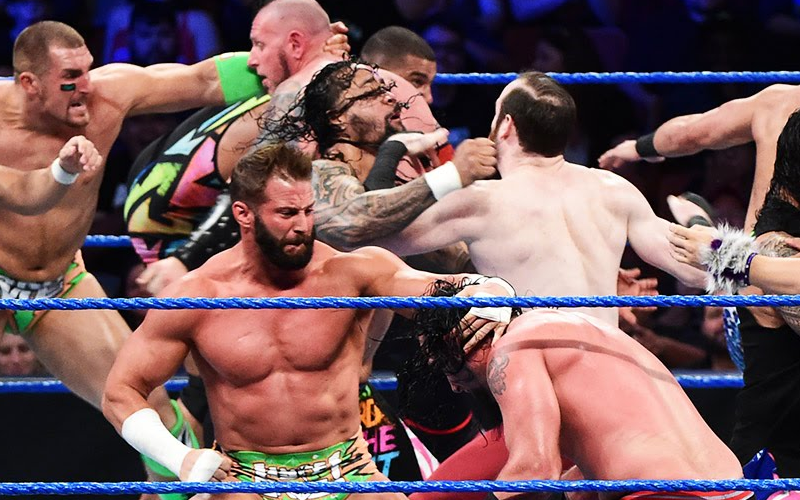 While discussing lackluster angles during today’s installment of PWInsider Elite Audio, Mike Johnson indicated that the reason the company doesn’t really put much effort into showcasing the tag-team division is because the general feeling is that there is no money to be made.

“I think they have decided that nobody involved in the tag division is worth their time and they’re not going to invest into it because they don’t think it makes them any money. And That’s that.”

This would explain how a certain team could be hot one week and then cold the next. Often times WWE starts to push certain teams only to have the storyline or angle lead to no real payoff. If you look at the tag team division right now, there really isn’t anything actually going on storyline wise and no teams really been “red hot” on television.