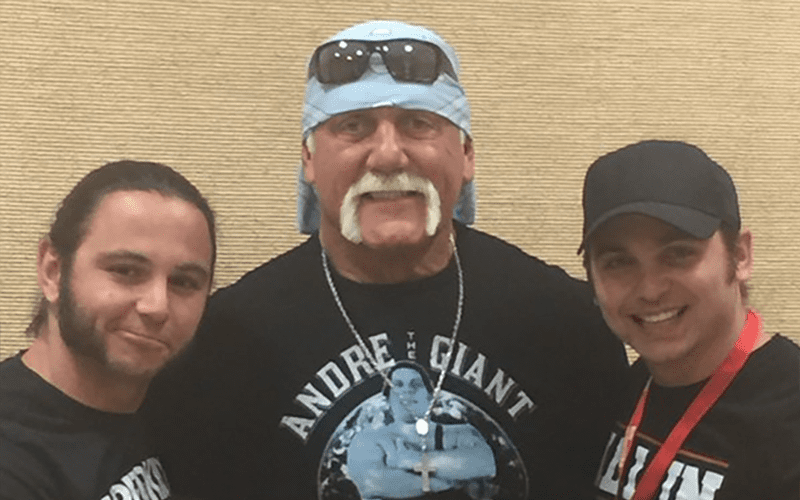 Hulk Hogan recently posted a photo of himself and The Young Bucks where he really put the brothers over in the process.

Although he hasn’t been announced for All In yet you never know if that could be a possibility. After all, WWE doesn’t seem to want Hogan under their umbrella at this point.

Hogan said Nick and Matt Jackson were, “cutting edge, main event talent, doing things outside the box.” He also said that he knows his way around Japan as well and left himself open to call in case they need any guidance.

Hanging out with a couple Real Superstars the “Young Bucks”,much respect for these brothers,cutting edge,main event talent,doing things outside the box,and yes I know my way around Japan,if you need any guidance just call HollyWood my brothers. HH pic.twitter.com/XmRdWpfEQJ