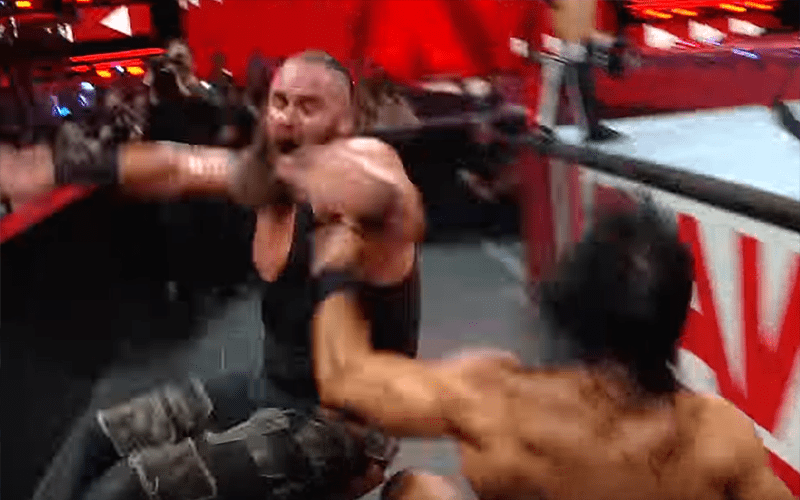 As seen on Monday’s episode of RAW, Drew McIntyre came crashing onto the floor at the hands of Braun Strowman, resulting in The Greatest Royal Rumble Trophy being destroyed.

Mike Johnson revealed on the latest installment of PWInsider Elite Audio that this was not planned to happen the way it did and it was completely accidental.

“They did a spot that was not planned. McIntyre was tossed onto the floor by Braun and he ended up wiping out The Greatest Royal Rumble Trophy.”