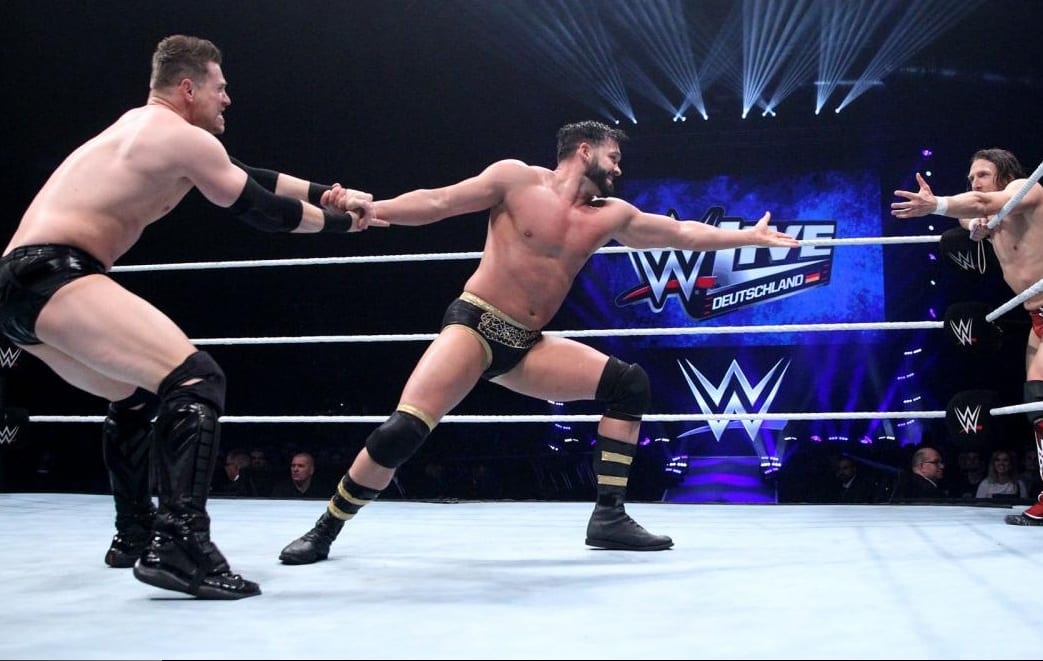 Tye Dillinger hasn’t been the most featured Superstar since jumping on the main roster but his “10” catchphrase usually means we know which entry to expect him during the Royal Rumble.

Dillinger received a great featured spot on WWE’s European tour tagging with Daniel Bryan vs The Miz and Big Cass. If you’re wondering why this was WWE’s booking for the tour, Dave Meltzer briefly discussed this subject during Wrestling Observer Radio.

“So Daniel Bryan’s match has been Daniel Bryan and Tye Dillinger vs The Miz and Cass which is interesting only because… TYE DILLINGER!”

“I guess it’s just a matter of depth you know that’s who they picked for Daniel Bryan’s partner and if you look on the babyface side I mean legitimately there’s nobody else because Jeff Hardy is working with Rusev. So there was no other babyface, I mean the next babyface was either Tye Dillinger and Sin Cara and Tye Dillinger got the nod and that’s that.”

It looks like WWE’s lack of talent depth on the babyface side strikes again. But how would you have booked this match instead?