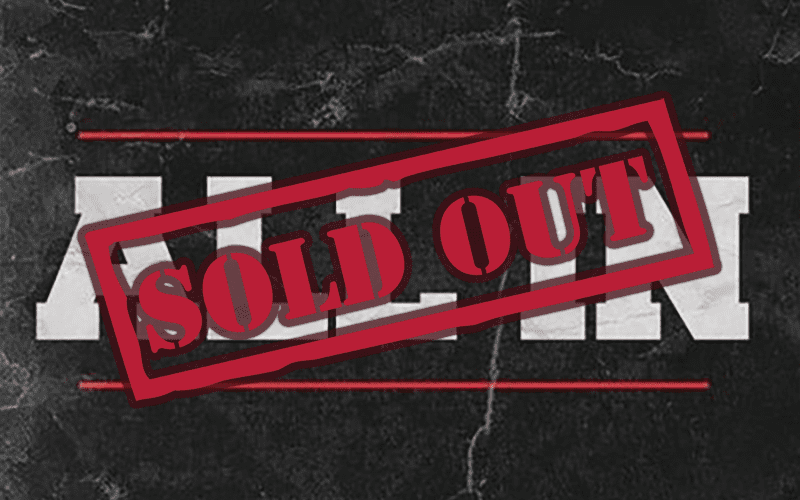 It looks like Dave Meltzer will be giving up that $1 because he lost the bet that Cody Rhodes and The Young Bucks couldn’t fill a 10,000 seat arena.

Because All In launched their ticket sales at 4:00 pm Eastern Time and there was immediately a huge flow of traffic that crippled the website.

The event sold out in just over an hour but it looks like even though every ticket is sold that doesn’t mean there is a butt in every seat. Because scalpers snatched up a good deal of them.

All In has been booking blocks of hotel rooms close to the venue and they’ve been selling out like crazy causing more rooms to be opened up. It’s too bad they didn’t think ahead and offer travel packages with tickets included because now some people who have rooms don’t have a ticket for the show.

So congratulations to Cody and The Bucks for selling out All In, let’s just hope there are actually 10,000 fans there.

Site crashed 6 times and could not order tickets via phone. Scalper are already flipping tickets on Stubhub. Are you going to announce streaming PPV options as getting tickets was a total crap shoot? Time to cancel my hotel reservation. pic.twitter.com/AJpQqJ31qt