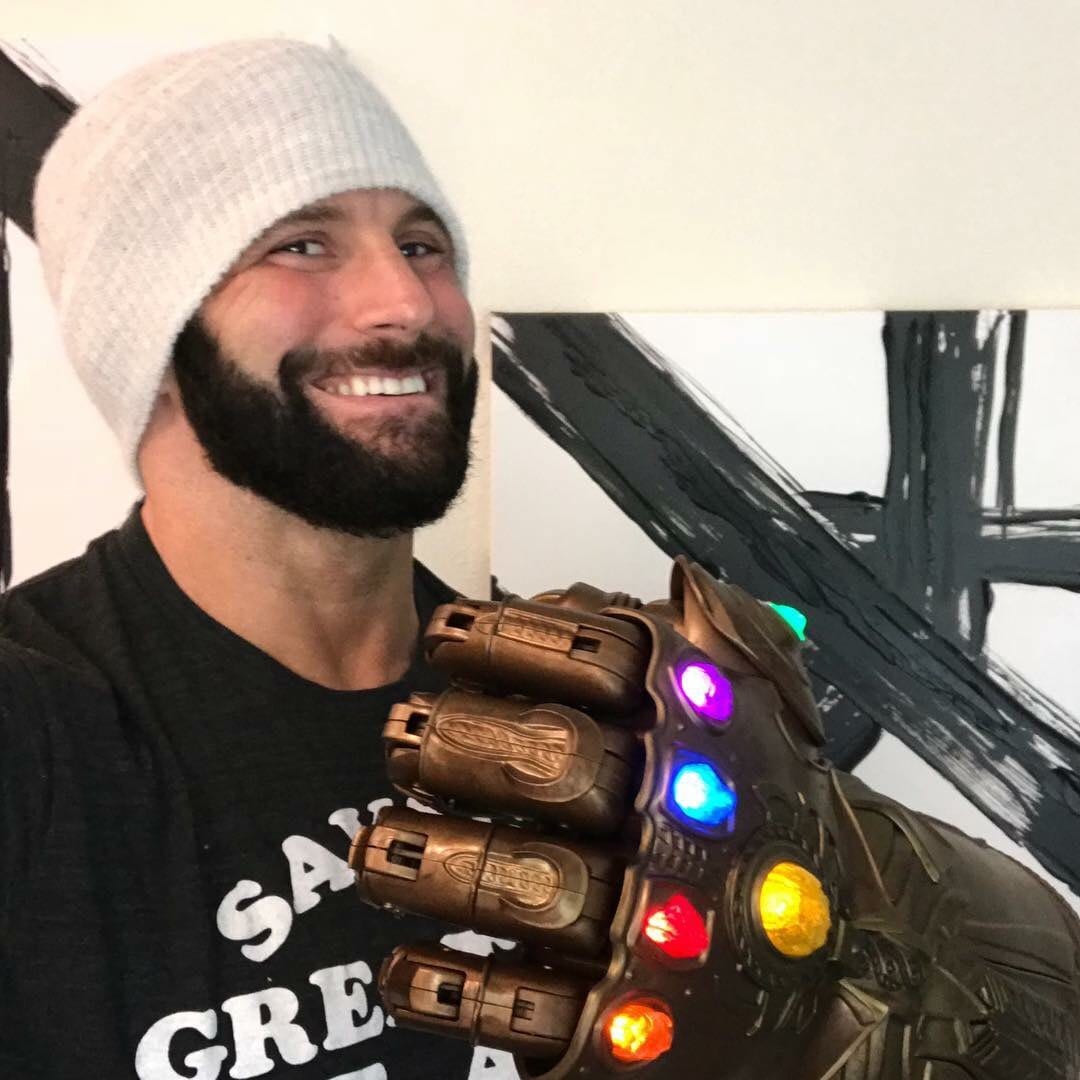 Zack Ryder will turn 33-years-old on May 14th but he’ll be on a European tour with WWE when the big day comes. So before he left, his girlfriend Chelsea Green gave him his present a little early.

Ryder is known for his love of all things comic book, Star Wars, and WWE. He’s pretty much a nerdy Renissaince man with a tan and a six-pack. So when Green gave Ryder this awesome memorabilia from Avengers: Infinity War she knew it was right up his alley. It looks like Ryder might have some fun pretending to be Thanos when he gets back home.

I’m about to fly overseas for the @wwe tour. I won’t be home for my birthday so @ImChelseaGreen gave me my gifts early. This @marvel Legends Infinity Gauntlet is so sick! THANKS BABE! @HasbroNews pic.twitter.com/gUsJoOSyJA