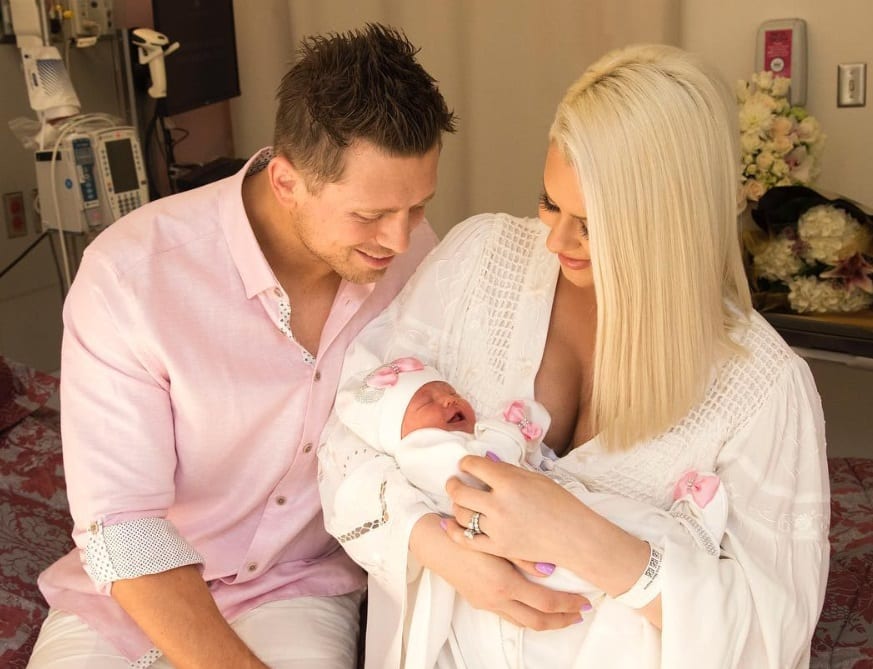 The Miz and Maryse welcomed their baby girl into the world just before WrestleMania but it didn’t stop The Miz from hitting the road with WWE like always.

Maryse recently spoke to People where she opened up about how her husband is dealing with having to constantly be on the road leaving her and their new daughter Monroe Sky at home.

“He was telling me how hard it is to leave us. He knew it was going to be hard but it’s a lot harder than he thought. Mike is not the type who will cry. I’ve never seen him cry in 12 years, but he’s just so cute. You can tell she stole his heart.”

The Miz agreed with these statements as he undoubtedly tweeted from the road as WWE’s roster is currently traveling around Europe.