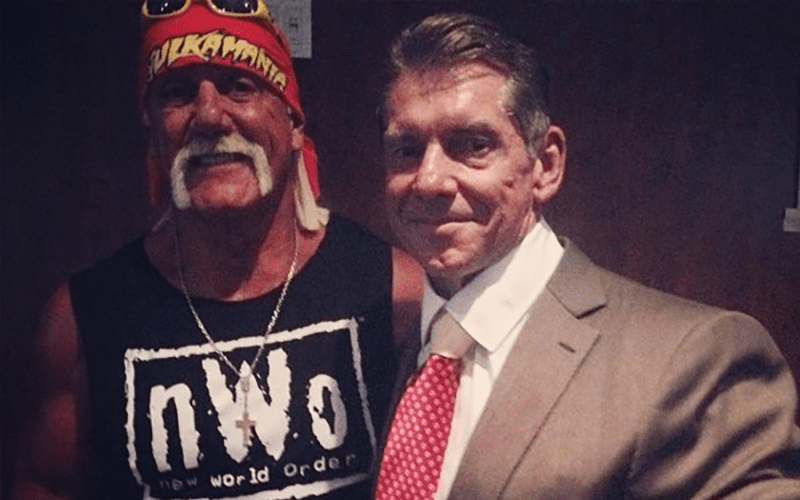 As previously reported, Hulk Hogan was among the names of talents that Saudi leaders asked for to be a part of the Greatest Royal Rumble event, however WWE decided on not making that move.

Dave Meltzer mentioned in the latest issue of the Wrestling Observer Newsletter that the wording of WWE’s public statement on the matter “Hogan is not currently under contract to WWE” pretty much indicates that they are close to an agreement.

If and when Hogan returns to WWE, it remains to be seen what his actual role in the company would be. It’s very unlikely at this point that WWE would allow the 65 year-old to lace up his boots for another match.