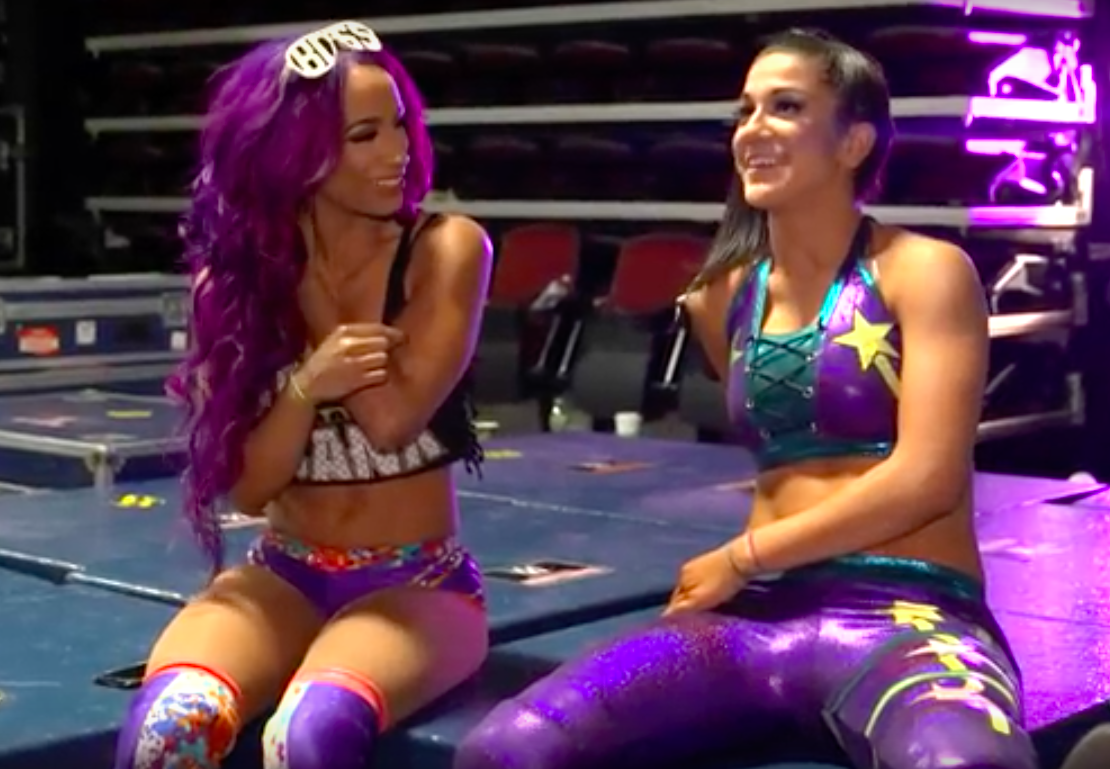 The Hugger has been having quite the up-and-down main roster run. She has had her successes like winning the Raw Women’s Championship, ending Charlotte’s impressive PPV streak, and triumphing at WrestleMania 33 in a Fatal-Four way, but she’s also had her failures: losing in her hometown to Alexa Bliss, that god-awful kendo-stick on a pole match, and being the last eliminated in this Mania’s first ever women’s battle royal. One thing that has been present throughout all of that has been the tension building between Bayley and “bestie” Sasha Banks. It seemed those two would have clashed to end their epic rivalry once and for all, but the WWE has been playing the long con, dragging out their hatred for one another over a long period of time.

Now, in an interview with Sky Sports Lockup Podcast, Bayley admits that not only is her beef with Sasha far from over, but that she rather enjoys how it has stretched out for many months. She states:

When I was a kid watching wrestling that’s kind of how it was. You had these long feuds and storylines and you just got more and more interested and you wanted to see where it was going to go. You wanted to see the big blow-off match and I like that stuff because that’s what I grew up watching. There are so many people on the roster, there’s so much going on and there’s so much content that we sometimes rush through things so maybe that’s what we get used to and what we’re expecting. I’m pretty happy with it. I’m a fan still but I’m not a viewer so perhaps I see it differently but I really enjoy what’s going on. It’s fun and I think it’s going well.

On the possibility of the rivalry culminating at SummerSlam and at the Barclay’s Center where the two had their classic Takeover match:

That would be incredible. Any time I get to wrestle Sasha, I always want to do it. For SummerSlamto be in that building, I don’t know if I would be able to hold my tears back, but I’d love to do it. That’s a goal. Hopefully we can do it.

Nothing compares to the epic clashes Sasha and Bayley had in NXT, but something tells me that if they get the chance to one-up themselves on the main roster at the second biggest show of the year, they may very well steal the show once again.