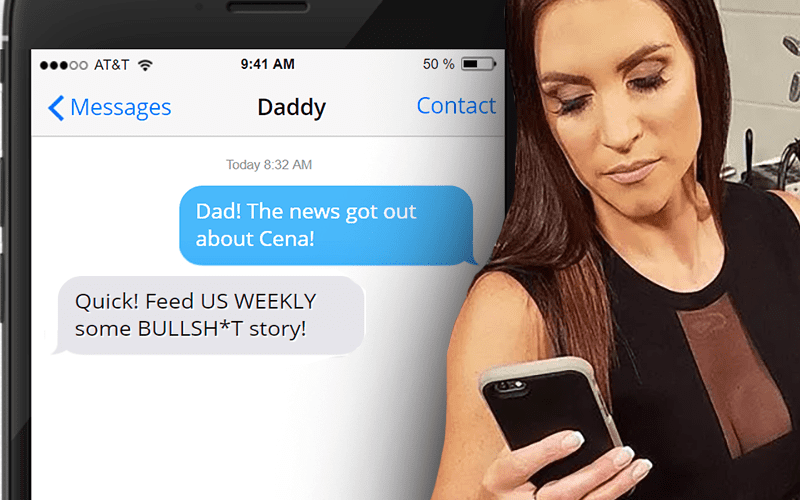 We previously covered a story from Brad Shepard where he reported that an inside Hollywood source said that John Cena is already dating a cast member of a reality television show believed to be Total Divas. Since that story where we speculated Carmella could be the mystery woman, there have been a couple stories to refute this report even though the SmackDown Women’s Champion didn’t seem to outright deny it.

John Cena’s frequent nights out on the town in Tampa Florida where both he and Carmella happen to live hasn’t helped doubters of this story feel any better about it either. He hasn’t been seen out with Carmella, but he wasn’t seen with Nikki Bella either.

Brad Shepard recently made people aware that WWE is planting stories in an attempt to divert attention away from his report. One of these stories in question from US Weekly said Nikki Bella was still living in John Cena’s apartment even though 2 days prior Nikki herself announced she has been living with Brie Bella and Daniel Bryan during this transition in her life.

Take this for what you will but there’s a very good chance some of the reports being put out there that seem to present an ideal situation exist for the purpose of romanticising and sterilizing the real story.