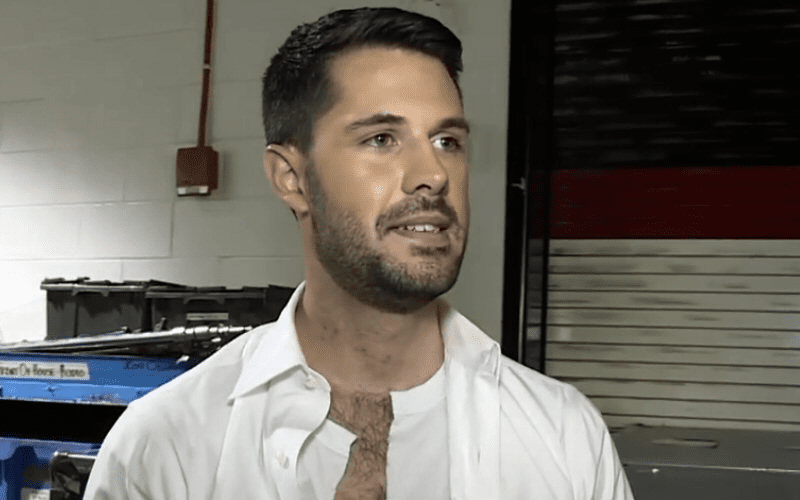 Tom Phillips is basically a younger version of Michael Cole who commentates on Smackdown. The two have a similar style of commentating which usually doesn’t go that well with the fans.

Phillips revealed that he gets criticized by the fans for not having a personality. While appearing on Sam Roberts’ Wrestling Podcast, Phillips responded to his critics.

Phillips said that he is not out there to be himself but to be informative to the audience. He said that if he goes to business for himself and changes his style mid-way, it doesn’t help anyone.

I get tweets from people saying I don’t have much of a personality on the air. And I am like, “That’s great! I am not supposed to.”

I am supposed to tell you here’s when the show is, here’s why this guy is made at this guy and try to tell you some moves along the way and enhance it and get excited about everything. And I am legitmately excited to be out there but I am not out there to be myself.

I am out there to give you the information and tell you what you need to know. Because if you tuned and I am just kinda like “I am gonna go into business for myself”, then what does that accomplish? How does that help anybody on the show? How does it help Byron and Graves for that matter?

What did you think about Phillips’ response to his critics? Let us know in the comments below…