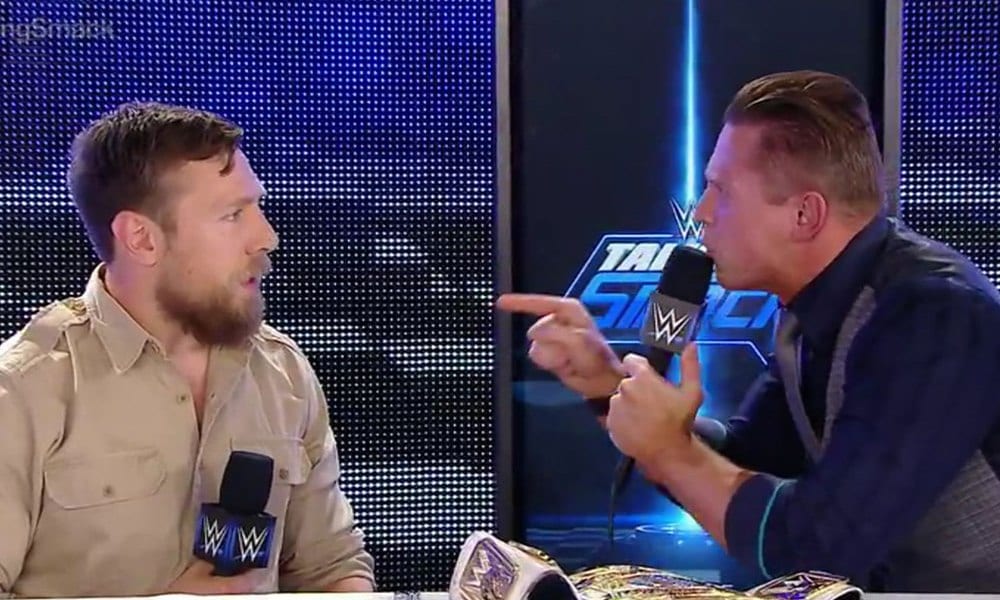 In a previously talked about edition of CBS’s In This Corner Podcast, we covered Bill Goldberg’s return to the WWE, The Miz’s thoughts on Daniel Bryan, and Corey Graves’s rise through the WWE announce team ranks. On that very same episode, Renee Young appeared to dissect her career within the business so far, and touched on a number of interesting topics including the very popular Talking Smack, which was canceled back in 2017. (Thanks Vince.) Renee was very aware of how popular the show was when it aired on the network, and attributed that success to the most famous Talking Smack segment of all time. YES. That one. Here’s what Renee had to say:

That was such a pivotal moment for the show of course. That is what set the tone for what ‘Talking Smack’ could be, also kind of opening up that space for people and being able to turn it into whatever they needed to. That really breathed a new life into The Miz’s career from that point. It did stem from obviously so much truth from The Miz – if he doesn’t feel he is being used, or if he feels that he is not being used a certain way, he is very vocal about that, and if you give him a live show it’s like, ‘Here we go. We’re going to do something, what are you going to do?’ He was like, ‘Alright, I’ll be on there.’ I wasn’t sure where that was going to go. I wasn’t sure how to navigate it. Him and Daniel Bryan, when they were face to face and some of the stuff that they were saying to Bryan at the time was such a sensitive subject of Bryan being unable to wrestle, and seeing that look in Bryan’s face when Miz was telling the truth about where he was currently at the time, it was like a real heartbreaking moment, and that was when I knew I had to get in because I realized that either somebody is going to cry or get a punch to the face. You’ve got to imagine at some point these two have to have something.

Young has certainly continued to prove her worth among the WWE elites. She’s a fantastic interviewer and her input on the pre-show panel is always justified, focused, and clear. Renee goes on to talk about her use of social media like Youtube and Instagram, and her ventures with Backstage Pass and how she hopes to incorporate it into future broadcasts. Listen to her full interview below. (She begins at 29:12)