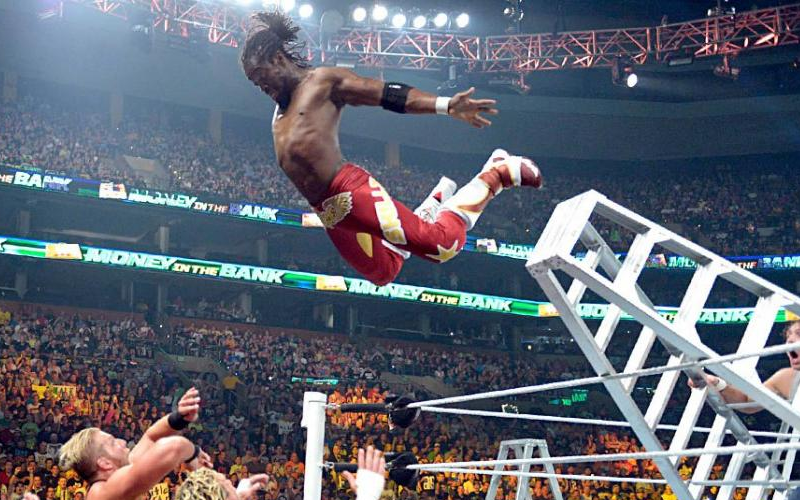 While discussing Monday’s episode of RAW on PWInsider Elite Audio, Mike Johnson indicated that WWE may still be planning a Tag Team Money in the Bank match despite Kurt Angle saying there will only be two Money in the Bank ladder matches next month.

Johnson said that the reason that he believes we are still getting the matches is because the tag teams on the show kept talking about the match.

“What we learned tonight is that there is going to be two Money in the Bank ladder matches. Interbrand — four RAW talents, four SmackDown talents and each one for the men and the women. There were multiple instances on this show where tag teams were talking about Money in the Bank? I think we’re getting a Tag Team Money in the Bank.”

As previously reported, there are local advertisements promoting a Money In The Bank event with three ladder matches on the card. Dave Meltzer mentioned on Wrestling Observer Radio that if WWE goes with a 3rd MITB match then it could be very different than what we’re used to.

We will keep you updated if we receive additional details regarding a third Money in the Bank ladder match.