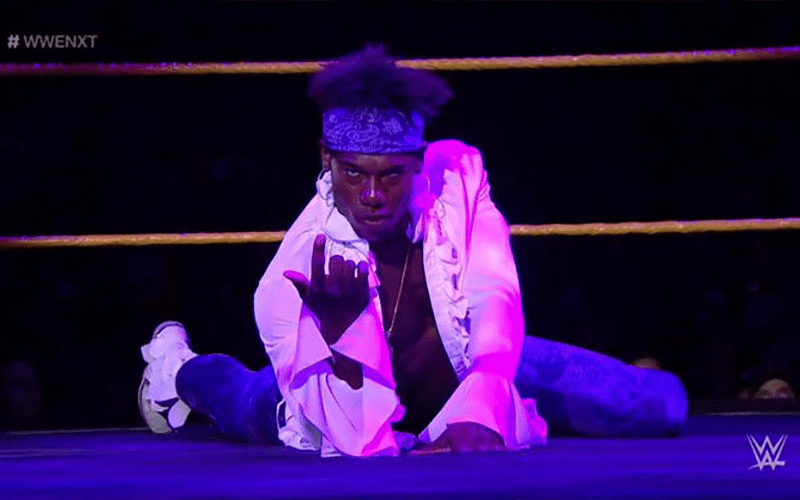 Velveteen Dream is definitely the best newcomer in quite some time. In his first major feud against Aleister Black, he blew everyone away with his phenomenal story-telling abilities and won the award for the Feud of the Year.

Dream has been one of the major players on the Yellow Brand and rightfully so. His character could have the potential to become the next big attraction that WWE needs for its product.

People are well aware of Dream’s outstanding work as a sports entertainer but we might soon be seeing him do something unexpected.

Velveteen Dream took to Twitter to announce that he will be dropping a new mixtape very soon.

Many fans are speculating that the mixtape might contain disses on independent wrestlers coming to the WWE since he treats them with strong contempt.

Are you excited for Lil Dream’s new mixtape? Sound off in the comments below…