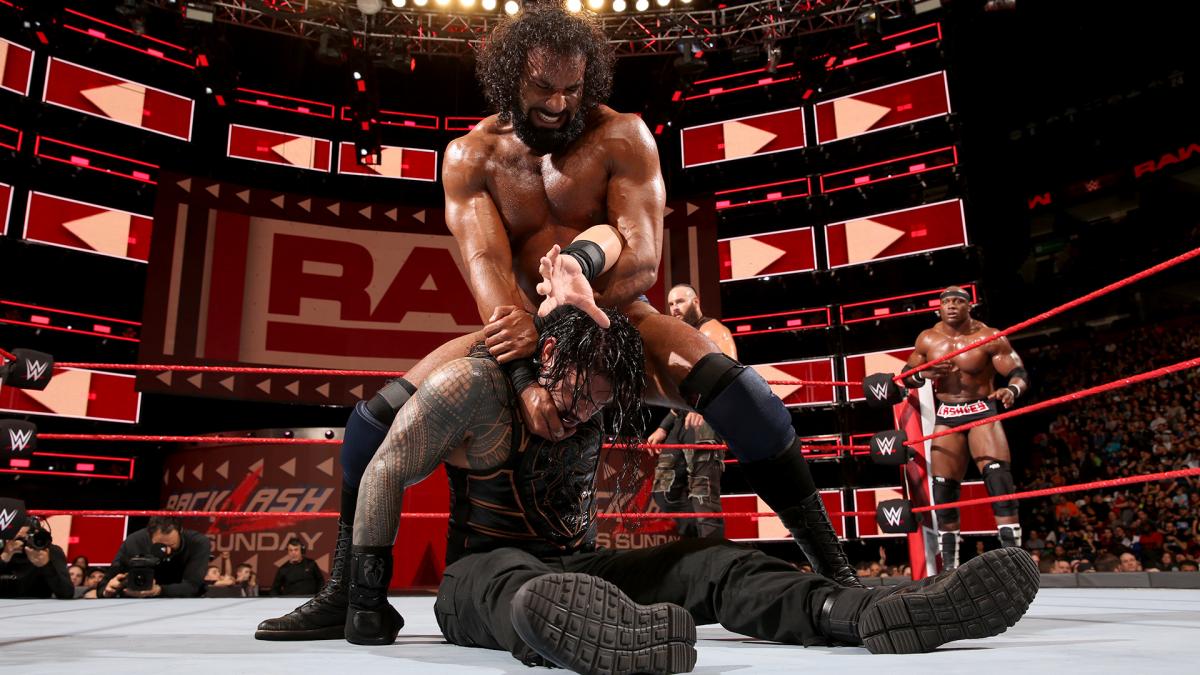 Roman Reigns experienced another setback on Raw this week when Jinder Mahal cost him a spot in a Money In The Bank ladder match.

Dave Meltzer brought this up on Wrestling Observer Radio where he discussed the reason for this unexpected feud. Apparently, since Brock Lesnar isn’t working Money In The Bank, Jinder Mahal is going to be a filler opponent.

“It was interesting we’re going to get a Roman Reigns/ Jinder Mahal feud that was unexpected. I think the thing is that show [Backlash] really sucked on Sunday Night — it was one of the worst pay-per-views in long long time It was a new day, it was another day it wasn’t like people were mad at WWE. Roman Reigns was booed but it’s not like he was booed any more. It’s not like he walked out of his match, it was just a normal [Raw].”

“Roman Reigns being taken out [of the MITB ladder match] doesn’t mean they’re going to put him with Brock Lesnar.”

From what Meltzer said, Brock Lesnar isn’t going to be working Money In The Bank. So it looks like Jinder Mahal could be stepping up to the Big Dog until the Universal Champion can make another show.