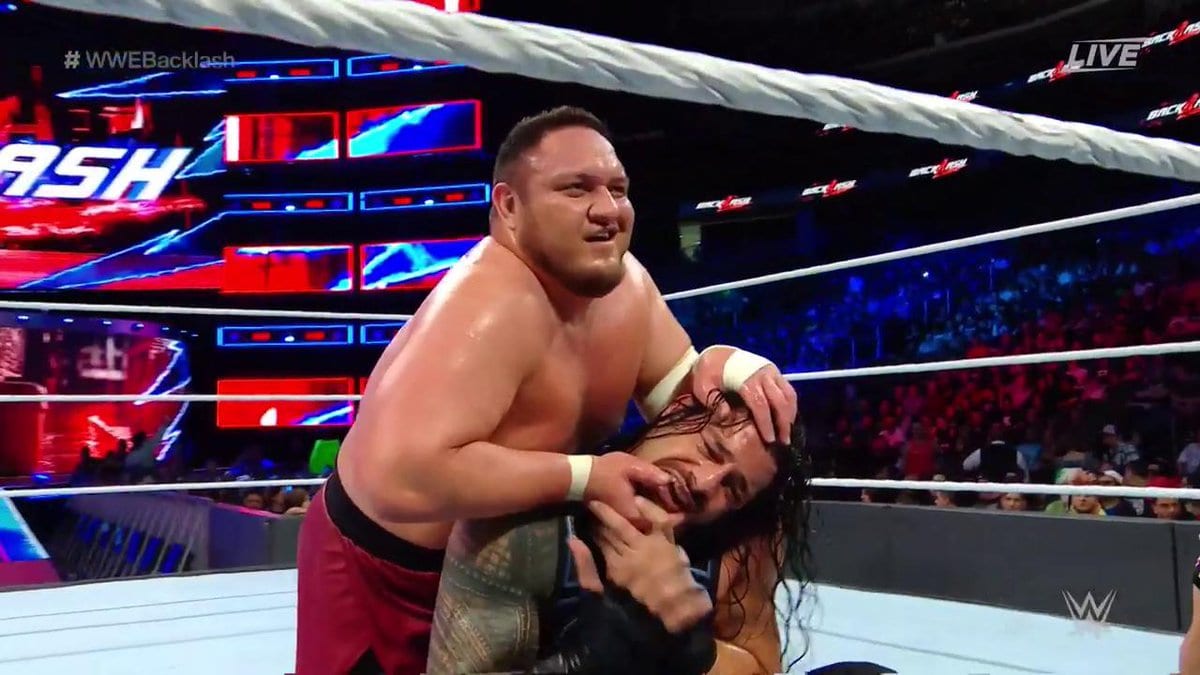 Roman Reigns defeated Samoa Joe in the main event of Backlash but there weren’t too many fans left in the building to watch it happen.

Dave Meltzer dicussed “the story of that main even that didn’t work” for Roman Reigns and Samoa Joe on Wrestling Observer Radio.

“It was what it was I saw a picture of the seats during the main event, people walked out. How is Vince McMahon going to take the message? I don’t know. It was the New York market but there’s also that mentality from Vince and I don’t know how he’ll react because it’s Newark, not Madison Square Garden.”

It was noted that when something happens in a different city then it’s one thing but when it happens in New York it really counts.

“Well this happened an underground tunnel ride from the city of New York for this show and people talked out in pretty large numbers because it was long and the show sucked. The match was laid out horribly. I mean I couldn’t believe my eyes.”

“To think you would go that long with those guys and let them go that long — I think they still think Roman is still a top guy other than Cena and Brock and because of the Nakamura/AJ finish you didn’t want to put that on to end the show you want to end the show with a good clean finish. Of course, nobody cared.”

“This may cause them to make a change, it really should.”

Meltzer also pointed out another thing he noticed about Reigns when it came to his WrestleMania and Greatest Royal Rumble build because WWE took Brock Lesnar down a degree to put Roman Reigns over. But it was apparently all for not because people still didn’t cheer Roman Reigns even if they sacrificed Brock Lesnar’s character by telling fans that he’s leaving. This is the tactic they tried for Backlash with Samoa Joe but it still didn’t seem to really help Reigns much. But the at least the finish ended in a pinfall, unlike the WWE Championship Match.