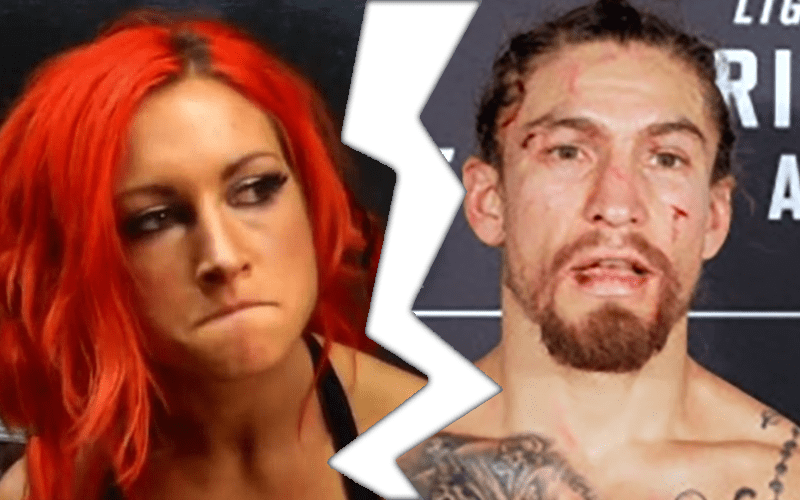 It appears that Becky Lynch and her UFC Fighter boyfriend may have broken up.

The WWE Superstar has deleted all photos of herself with boyfriend Luke Sanders from her Instagram account, which indicates that the two are no longer together or something is going on in their relationship status.

In addition to deleting the photos, she also stopped following him on social media earlier this week but then again started following him on Instagram again on Saturday night. So with that, it seems we won’t know exactly what is going on until they put something out making their relationship status clear.