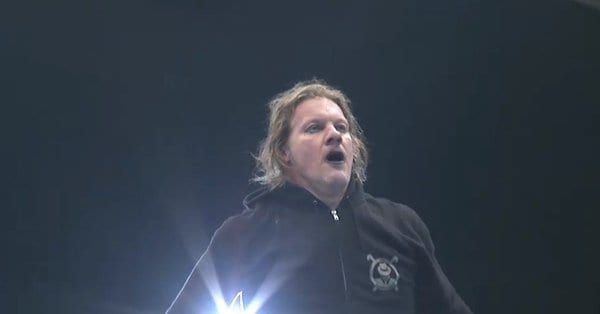 Chris Jericho can be a pretty funny guy when he chooses to and this was no different after his attack on Naito at New Japan Pro Wrestling Dontaku’s Night Two event.

Following Los Ingobernables de Japon’s victory over Suzuki-gun fans thought they were going to just see Naito leave the arena but Y2J had other plans.

After jumping him while wearing a mask, Jericho continued his assault around the arena and into the ring where he polished everything off with a ring bell shot to Tetsuya Naito’s head.

Jericho put out an image of this brutal ring bell shot saying, “for whom the bell tolls.” It looks like it will only be a matter of time before Jericho has another match in New Japan and maybe it might turn out better for him than it did after he lost that epic contest to Kenny Omega at Wrestle Kingdom 12.