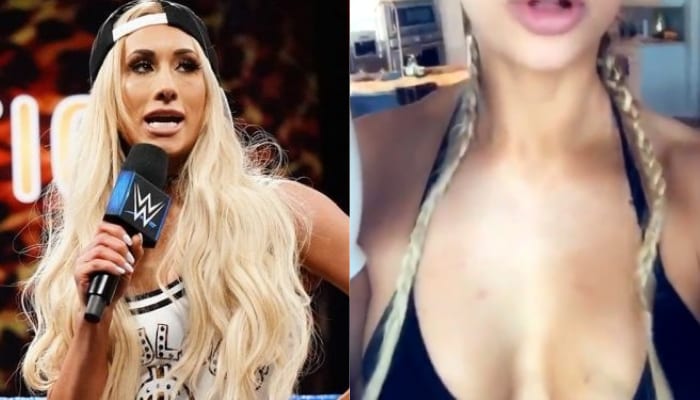 Carmella swooped in and took Charlotte Flair’s SmackDown Women’s Championship with some IIconic assistance. But it looks like she’s more than ready for her first title defense at Backlash on Sunday.

The SmackDown Women’s Champion recently put out a good morning message to her fans where she was sporting some mean looking bruises which she blamed on Charlotte Flair. She also said that she took her nails off so it’s going down on Sunday.

This could turn into a flat-out fight in New Jersey between The Queen and the Princess Of Staten Island.

Hard to take her seriously when she’s a denim mouse #ItsGoingDownOnSunday #Backlash pic.twitter.com/CBERkaAFRK